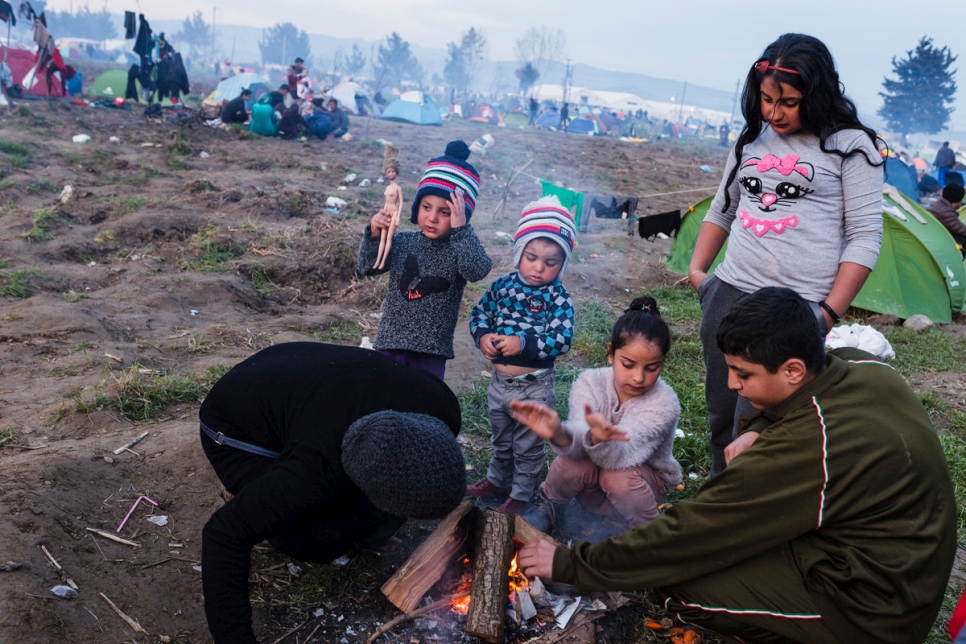 The study stressed that the ongoing publicity of the refugees’ plight has cast the four islands as well as Greece into the negative spotlight affecting holidaymakers’ decision to book in Greece, leading to cancellations and reduced arrivals. (Archive photo) © UNHCR/Achilleas Zavallis)

The ongoing influx of refugees seeking access to Europe through the Eastern Aegean islands is impacting tourism growth there as well as creating a negative reputation that will take years to restore, according to a recently released study by the Laboratory for Tourism Research & Studies at the University of the Aegean.

Focusing on the Greek islands of Lesvos, Chios, Samos and Kos — which are in close proximity to Turkey’s shores — the survey was carried out via questionnaire sent to local hoteliers, shopkeepers, business owners and tourism professionals.

The massive flows of migrants which began to reach Greek shores in 2015 has thus had far-reaching consequences – humanitarian, social, economic, political – on local, national and EU-wide levels, with serious consequences on tourism industries in these communities — a driving force of the local economies.

Indicatively, the study found that overnight stays in 2015 decreased by 18.75 percent compared to a year before, with the number of visitors down by 22.79 percent, prices down by 12.45 percent and the average length of stay cut by one day. The number of jobs in the hotel industry were reduced by 5.26 percent, while operating costs increased by 5.66 percent.

Survey respondents estimate that for 2016 and 2017 they expect a 40.63 percent drop in overnight stays, a 42.58 percent decline in the number of visitors and revenue down by 35.16 percent.

Lesvos has suffered the greatest blow to its tourist flows as it has been the main point of entrance for refugees mostly passing over from Turkey.

The study also stresses that the ongoing publicity of the refugees’ plight has cast the four islands as well as Greece into the negative spotlight affecting holidaymakers’ decision to book in Greece, leading to cancellations and reduced arrivals.

Due to the negative portrayal of the situation on the island, tourists avoid adding them to their plans, and due to dropping demand tour operators are keeping these destinations out of tour packages.

The study underlines the need for collaborative efforts on behalf of national and local government as well as of tourism professionals in order to face the crisis effectively and promptly.

The impact on tourism, the study says, will depend on how effectively the problem is managed and the duration of stay of the refugee populations on the said islands.

To read the whole study (in Greek), press here.