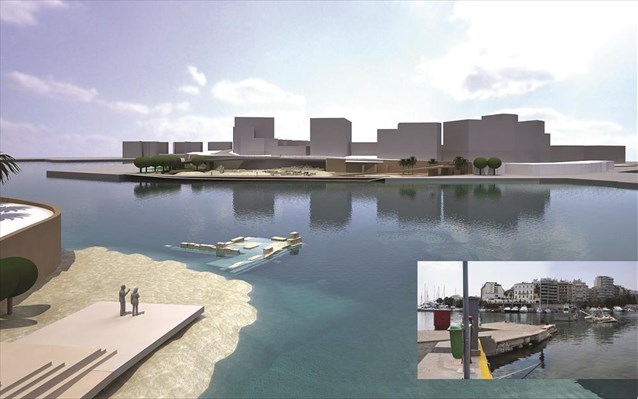 A pedestrian walkway across Zea Marina in Piraeus is set to offer archaeology lovers a seaside stroll through time as it aims to connect wall fortifications, towers and ancient harbor finds, the culture ministry reportedly said.

According to reports, the ministry has tabled a plan which has already received the approval of the Central Archaeological Council to establish a historic route that will highlight the port city’s ancient history and landmarks.

Throughout antiquity, Piraeus served as Athens’ main port through its three harbours – Kantharos, Zea and Mounichia. The largest, Kantharos was used for commercial activity while Zea and Mounichia were military harbors housing the Athenian fleet.

The walkway, which will include the Hellenic Maritime Museum, will bring all the main sites, findings, buildings, cisterns and parts of the famous Kononeio Wall together through wooden ramps, bridges and constructions aiming to  offer visitors insight into the port city’s vast history. The plan follows the example of the unification of archaeological sites project, which was the vision of late culture minister Melina Mercouri and produced the now popular Areopagitou pedestrian walkway at the foot of the Acropolis.