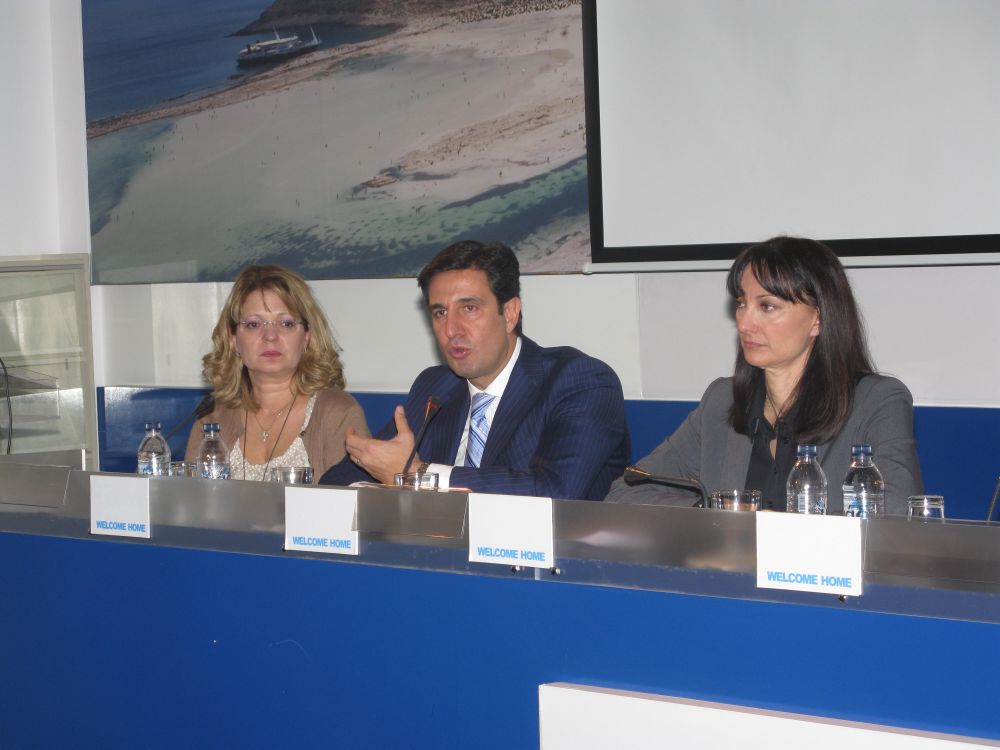 Following a record-breaking year for the tourism sector that saw Greece welcome some 27.5 million foreign visitors, industry leaders say they are anticipating an even stronger 2017.

“The messages from foreign tour operators and airlines booking seat capacity (especially for less popular destinations) reveal that the April-November 2017 season is already up and running and recording an increase of some 19 percent compared to last year”, the secretary general of the Greek National Tourism Organization (GNTO), Dimitris Tryfonopoulos, said on Monday during a press conference to the Greek media.

While presenting the GNTO’s promotional efforts in 2016, accompanied by Tourism Minister Elena Kountoura, Tryfonopoulos underlined that the contribution of tourism to Greece’s GDP this year amounted to 20 percent.

“2017 is already making a promising start,” he said, adding that the GNTO is seeing growth rates almost double the global average. “What remains to be done is to continue implementing the national tourism policy with the cooperation of all forces of the tourism market”, Tryfonopoulos said.

Citing data from Athens International Airport and regional airports, Kountoura said that Greece saw an 8.3 percent increase in international arrivals during the first the eleven months of 2016, compared to the same period of last year.

The tourism minister also provided data of the hotel-industry benchmarking and analysis company STR. During the first ten months of the year, the overall average occupancy of hotels in Greece increased by 2.2 percent to 70.1 percent and the average occupancy rate in the third quarter of the year reached a record high at 81.9 percent.

Moreover, the turnover in the tourism sector in the third quarter of 2016 grew by 2.6 percent compared to the same period of last year, according to the Hellenic Statistical Authority (ELSTAT).

According to additional figures presented during the press conference, Greece this year saw increases in arrivals from the markets of the UK (up by 19 percent), Germany (16 percent), Poland (seven percent), Russia (25 percent), Israel (nine percent) and the US (seven percent).

According to Tryfonopoulos, 2016 was a year that was accompanied by various promotional actions of the GNTO that brought successful results and marked a new record in arrivals and doubled growth compared to other countries.

The GNTO’s advertising campaign in 2016 amounted to 13.6 million euros and focused mainly on promoting Greece online.

According to data from SIZMEK, the GNTO’s advertising campaigns on international websites surpassed 600 million impressions and reached 97 million unique users. The organization also supported 23 foreign TV productions that took place in Greece from the US, Russia, China, Germany, the UK, Sweden, Norway, Holland, Turkey, Israel and Italy. The GNTO also launched a campaign in collaboration with Travel Channel International for the promotion of Greece through five 60-second thematic videos.

Moreover, the GNTO this year participated in 34 international exhibitions, including fairs focused on thematic tourism forms (such as yachting and diving).

Tryfonopoulos also underlined the GNTO’s last minute call to tourists —  through the “Now is the Time” online campaign — was a major success and resulted in Greece experiencing its “best September and October ever”, in terms of arrivals.

Tryfonopulos also reminded that the GNTO supported destinations that received large refugee flows and saw their tourism numbers plunge. Forty-one fam trips to Lesvos, Chios, Samos, Leros and Kos took place this year. Referring to the success of the fam trips, the secretary general informed that things were looking better for Kos as the island managed to lessen its arrivals drop from -53 percent at the start of the season to -3 percent, according to current data.

“The target of Greece welcoming 35 million visitors in 2020 is attainable”, Tryfonopoulos highlighted.

“The goal which we are trying to reach since day one is to include our country within the top ten most popular tourism destinations worldwide, from the 15th place it currently ranks”, he said.

According to a survey carried out by the GNTO this year, 9 out of 10 visitors said they were satisfied with their stay in Greece.

Survey: Travelers Give Greece Thumbs Up