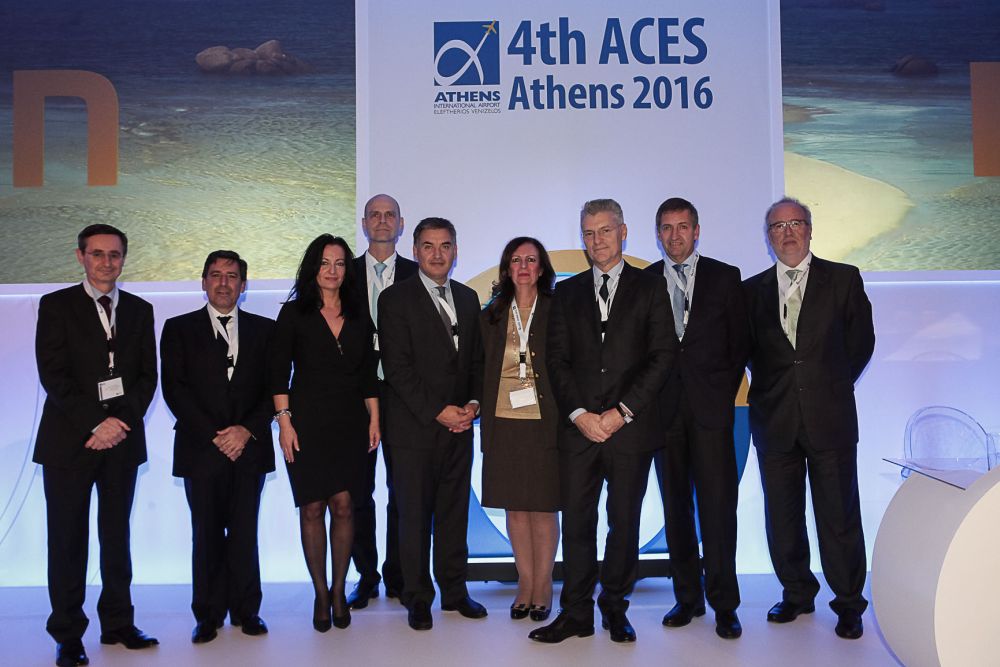 Panel discussion on airports & ports synergies and their impact on destinations.

The prospects of airports and ports synergies and their impact on destinations were among the main topics discussed at the 4th Airport Chief Executives’ Symposium (ACES – Athens), held on Monday, December 12. The ACES event is an Athens International Airport (AIA) initiative hosted in Athens on an annual basis.

During the event, delegates focused on the relation between air transport and the cruise industry, the common dynamics and the strategic goal of creating airports & ports’ synergies for the development and strengthening of home-porting, by further exploring the potential of Athens and the Piraeus Port.

Among the topics analyzed during the event was the cruise industry perspectives and challenges. 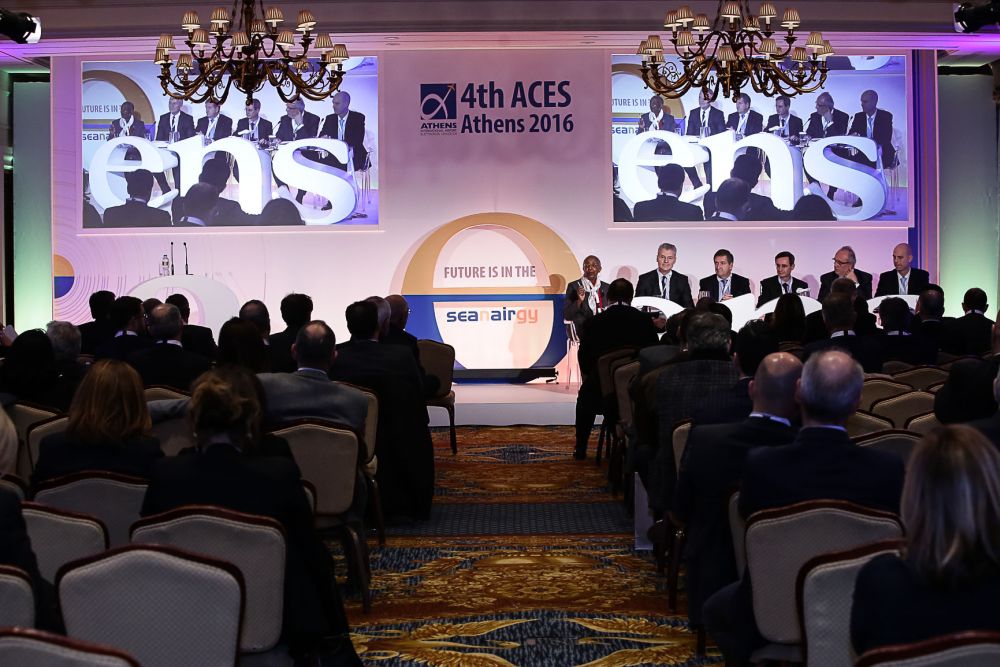 In the middle, the “seanairgy” ACES – Athens special logo

Through the ACES symposium, AIA aims to strengthen the connection between aviation/airports and the economy of the destinations they operate in and also launch initiatives to strengthen Athens as a tourism destination.

“As hosts of this significant gathering in our city, we would like to convey our most sincere thanks to our distinguished guests and to all contributors to the success of the 4th ACES -Athens, that underlined once again the importance of cooperation, exchange of views, and solidarity towards the achievement of our common goals for growth and development”, Athens International Airport CEO Yiannis Paraschis said.

This year’s ACES welcomed more than 140 top executives from the financial, tourism, maritime and cruise sectors.