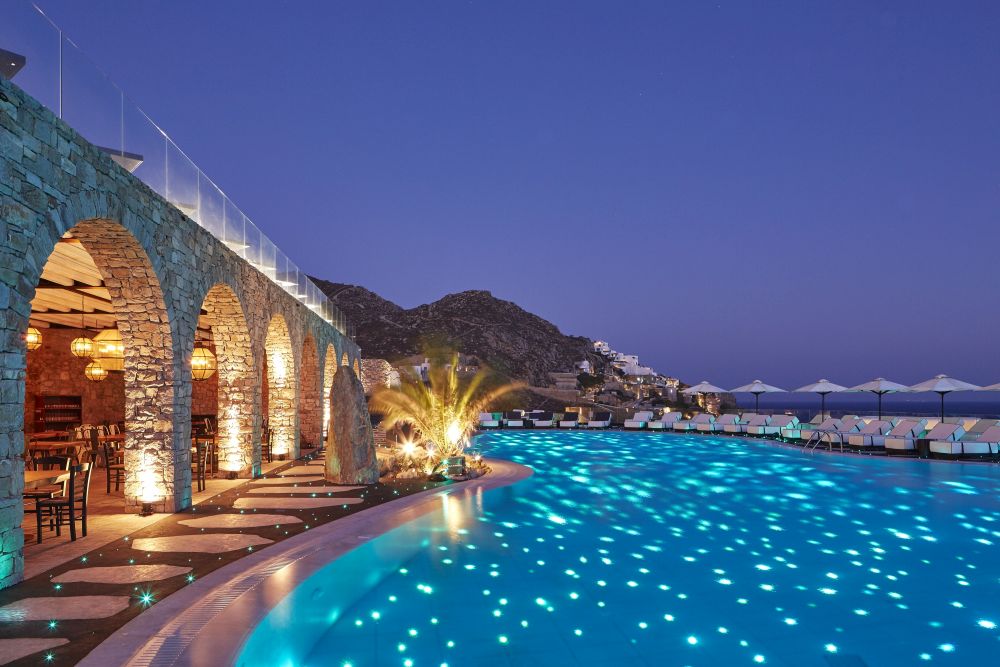 The Myconian Collection of Hotels, Resorts & Villas on Mykonos island in Greece recently received the 2016 Classic Europe Hotel Chain of the Year Award during the 2016 Classic Europe Annual Awards held at the Hotel Barriere Le Majestic in Cannes during this year’s ILTM Cannes 2016 event for the global luxury travel community. The awards are organized by Classic Vacations, a leading international provider of luxury wholesale travel.

Vangelis Daktylidis, one of the four brothers that owns the Myconian Collection, receiving the 2016 Classic Europe Hotel Chain of the Year Award.

The collection was founded in 1979 by George and Elefteria Daktylides and today supervised by their four sons Panos, Marcos, Vangelis and Marios.

While offering high hospitality standards and embracing family values, each hotel in the Myconian Collection portrays its own original personality and style, covering a broad range of accommodation types, rates and entertainment options.

On the unspoiled Elia Beach, known for its fine sand and crystal water, the resorts Myconian Utopia Relais & Chateaux, Myconian Avaton, Myconian Villas and members of Leading Hotels of the World Myconian Imperial and Myconian Royal all offer panoramic views of the Aegean sea from pool decks and private terraces.

Further south is the Myconian Ambassador Relais & Chateaux over the stunning bay of Platys Gyalos, a pearl in a string of celebrated beaches that include the adjacent Psarou, Agia Anna and Paranga.

As a natural Myconian family, the owners strive to create the ultimate hospitality experience that comes straight from the heart, remaining true to their ancient Greek forefathers who believed that hospitality was a sacred obligation.