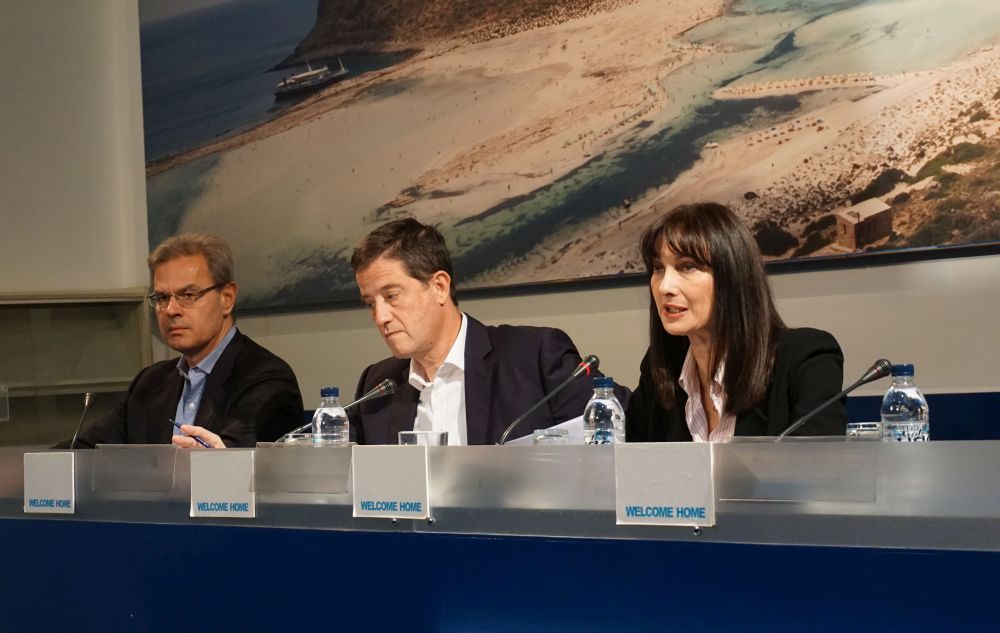 Over 300 million euros in EU subsidies through the National Strategic Reference Framework (NSRF) 2014-2020 program will be allocated for co-financed actions relating to tourism, according to Tourism Minister Elena Kountoura and the Secretary General for Tourism Policy and Development, Yiorgos Tziallas. The actions include the strengthening of tourism businesses and tourism infrastructure projects of local authorities and public bodies.

Speaking during a press conference on Monday, the tourism minister said that 120 million euros will fund a new program — to be launched in the first quarter of 2017 — aimed to support the creation of new small and medium-sized tourism enterprises.

In total, including funds from an already launched SME funding program, some 210 million euros will be available to support Greek small and medium-sized tourism enterprises next year. According to Tziallas, the programs are expected to attract private investment to the tune of some half a billion euros.

During the press conference, Kountoura referred to the positive momentum recorded in tourism over the last two years, which attracted private sector interest for new tourism investments.

According to the tourism minister, a total of 142 applications for the licensing of hotels and special tourism infrastructure projects have been submitted to the ministry’s one-stop-shop service EFPATE in 2016. Out of those applications, 101 are related to upgrading existing 4- and 5-star hotels, with a capacity of over 300 beds, and creating new units of those accommodation categories.

This past year, the ministry received four new proposals for the creation of luxury tourism resorts — two in Crete, located in Elounda and Hersonisos, one in Limnos and one in Rodia in Aigialia. Over the last two years, the ministry’s service received 30 applications for special tourist infrastructure facilities for convention centers, golf courses, theme parks, tourist ports and 47 mountain refuges.

Moreover, the minister referred to the shortfall in Greece’s tourism revenue in relation to the country’s increase in arrivals, which are expected this year to reach 27.5 million, including cruise arrivals.

Kountoura pointed out that there are in fact large variations in the figures released by the Bank of Greece and the ministry’s findings. “The issue of revenue is the responsibility of the Finance Ministry and because the preliminary figures so far are presenting variations, we will wait for the final data to draw firm conclusions”, she said.

Minister Kountoura also said that she believes that the announced levy to be charged on Greek accommodation units as of 2018, will most likely not come into effect due to the economy’s positive performance.