Syros in Movie Talk with Hollywood 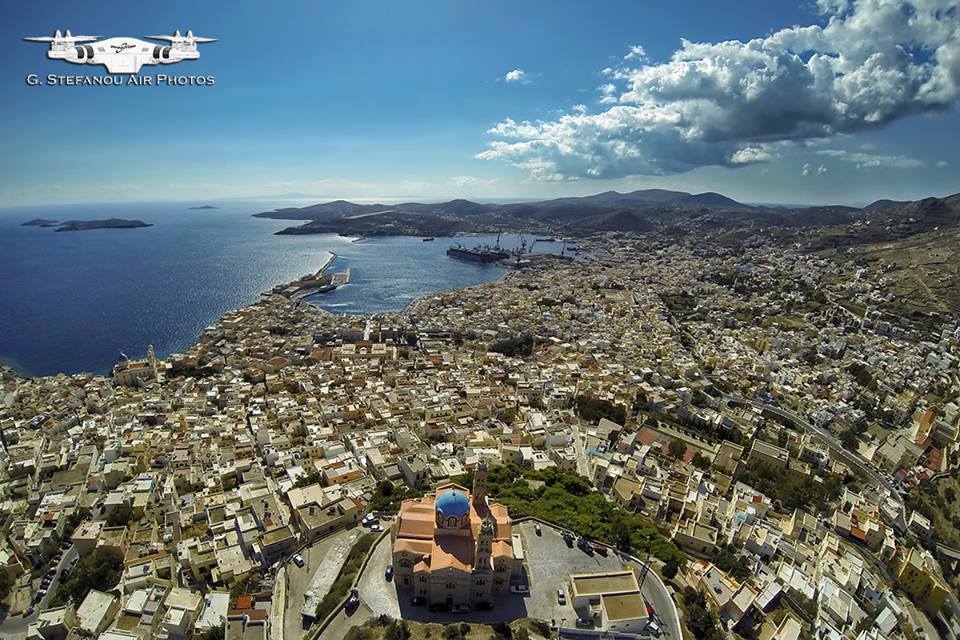 The Greek island of Syros may be ready to serve as a filming destination for Hollywood blockbusters after talks between local authorities and US cinematographers about the creation of a film studio there.

During a recent press conference, Cyclades Deputy Regional Governor Georgios Leontaritis presented a proposal for the establishment of a permanent film studio on the Cycladic island to be headed by Cannes Golden Lion winner Steven Bernstein and his team.

The port of Syros. Photo by Theodoros Georntamilis

Leontaritis presented the idea and underlined the financial and promotional  benefits for the island and its residents as well as for the Cyclades and the South Aegean. The proposal was submitted to the Regional Division of the Cyclades by Bernstein and George Macropulos.

“The proposal foresees the creation of a film school aiming to attract students from Europe and an art film studio utilizing buildings in Syros with the goal to bring in film and television producers from the US and Europe, and produce at least two films within the next 12 months,” Leontaritis said, who together with South Aegean Region Governor George Hadjimarkos presented the idea to Tourism Minister Elena Kountoura.

Kountoura is set to meet and discuss the project details with Bernstein and his team in New York next month.

For the 6.5-million-euro investment to move ahead, however, Bernstein is requesting the harmonization of Greece’s legislative framework for film production with the relevant EU legislation as well as the support of the local government and community once the project gets off the ground.

Greece Set to Gain in 2017 as Safe Destination