Santorini, one of Greece’s most renowned islands, will once again host a major sports event in its aim to increase tourism during the off-season. 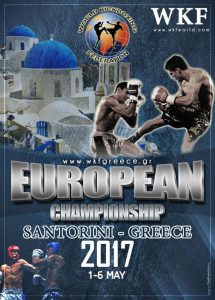 Following the second “Santorini Experience” sports tourism event — held on the island in October and which attracted runners and swimmers from all over the world — now kickboxers from all over Europe will battle it out on the Greek destination next year.

The island will host the World Kickboxing Federation (WKF) European Championship 2017 on May 1-6, 2017. This is the first time the event is being hosted in Greece and is expected to attract some 1,000 athletes from 30 countries to the popular Greek island.

The event will be held with the support of the Municipality of Thera and the Municipal Sports Cultural Environmental Organization of Santorini (D.A.P.P.O.S.). 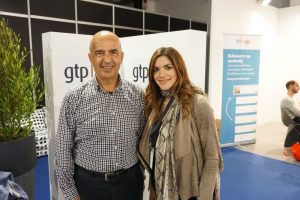 According to the association’s president, Manolis Karamolegos, the organization of the event falls under the initiative “Santorini: Year-round Destination”, a collaborative effort between the Municipality of Thera and the island’s enterprises that sees to attract visitors during the off-season through a series of actions that include the promotion of alternative forms of tourism.

“There is an ongoing effort for our island to have tourism all 12 months of the year… We try to organize major sporting events and conferences, at the end and beginning of the season… We, as the hoteliers association always assist in such actions”, Karamolegos told the Greek Travel Pages (GTP), adding that the island’s initiative has support from airlines such as AEGEAN and Ryanair for frequent flights during the off season.

All European countries are invited to the WKF European Championship 2017 in May 2017. Teams can compete in 14 forms divisions, tatami sport semi contact and light contact, ring sport, MMA and Sanda.

The competitions will start on Wednesday, May 3, with the grand opening ceremony. The event will continue until Saturday, May 5, when the “Night of Champions” takes place and includes the finals, awarding ceremonies and the closing event.

WKF Greece President George Pergialis is the promoter of the upcoming European Championships 2017.