Air New Zealand Named Airline of the Year by AirlineRatings.com 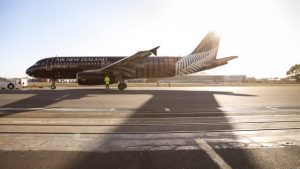 Air New Zealand has been crowned best airline in the world for the fourth consecutive year in the global rankings, by AirlineRatings.com, the world’s only safety and product rating website.

To be named one of the top ten airlines in the world, carriers have to show leading innovations in passenger comfort and must have achieved a seven-star safety status.

Air New Zealand was honoured for the fourth year due to its record-breaking financial performance, award-winning inflight innovations, operational safety, environmental leadership and motivation of its staff.

“In our objective analysis Air New Zealand came out number one in virtually all of our audit criteria, which is an exceptional performance”, AirlineRatings.com editor-in-chief, Geoffrey Thomas, said.

The airline also took the top place for best premium economy class for the third time.

Airlineratings.com developed its seven-star ratings system after two years of evaluation and the system is now endorsed by the International Civil Aviation Organization.