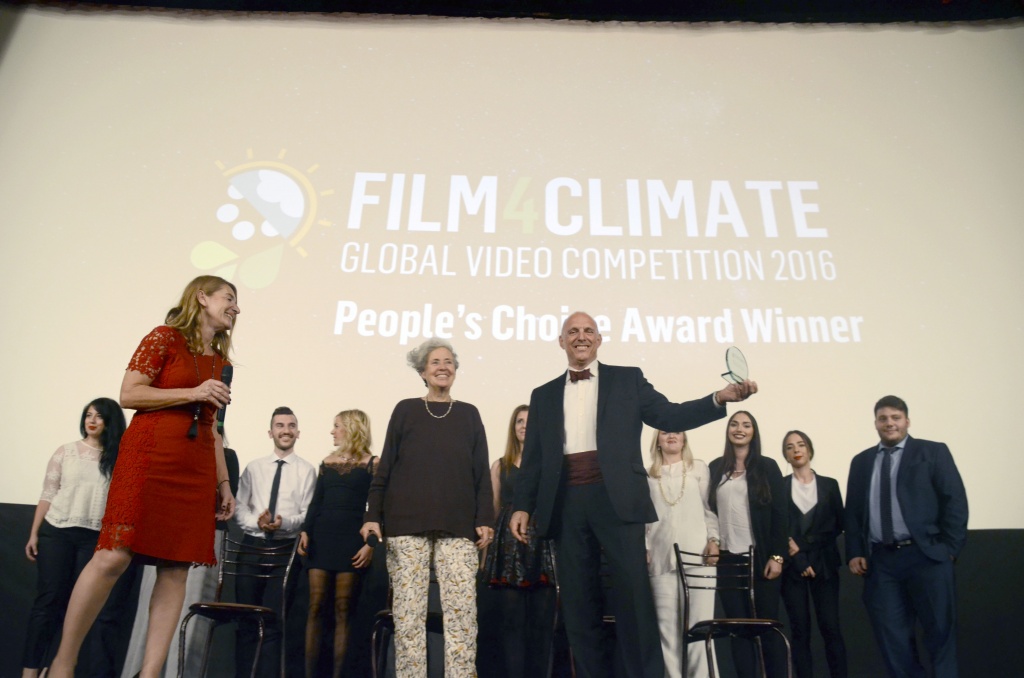 Greek team Skyros 2016 won the People’s Choice Award in the Film4Climate Global Video Competition and was honored at an official awards event at the COP 22* climate summit in Marrakech, Morocco, on November 13.

The Film4Climate Global Video Competition invited aspiring young filmmakers from around the world to express their vision for a sustainable future by creating a short film or video about climate action.

The Skyros 2016 team is made up from Greek university students and was created through the cooperation of the Skyros Port Authority and the Department of Environment of the University of the Aegean, headed by Proffesor Konstantina Skanavi of the Environmental Education and Communication Laboratory.