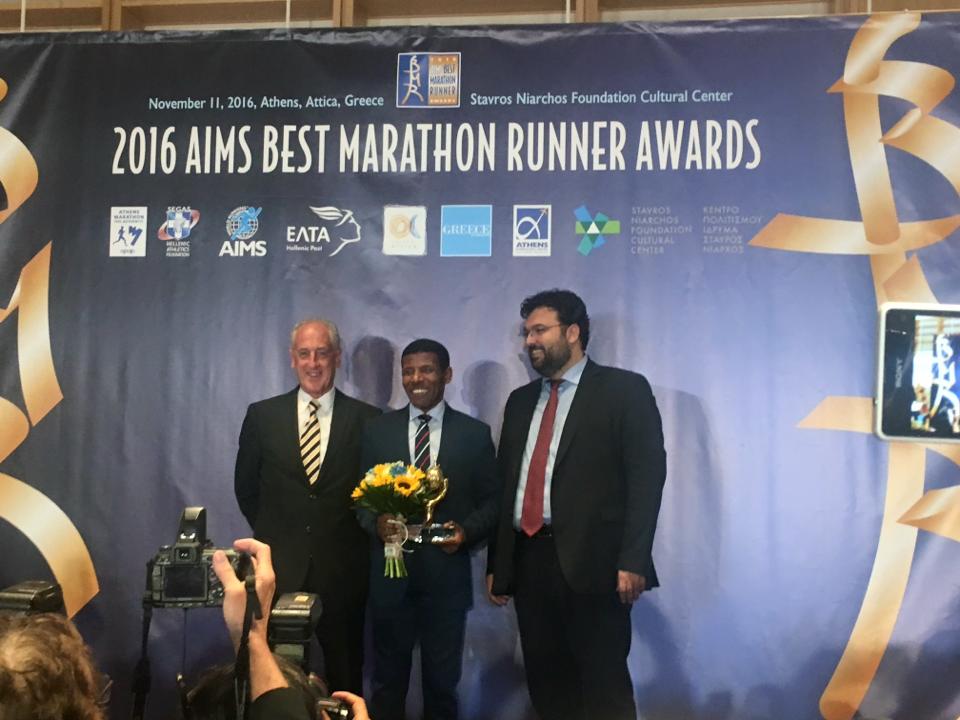 The awards ceremony took place during a gala organized by the Association of International Marathons and Distance Races (AIMS) and Hellenic Athletic Federation (SEGAS). The ceremony is included in the events of celebrating the “Athens Marathon. The Authentic” that lead to Sunday’s 34th marathon to be held on the historic and unique course with 18,000 marathon runners from more than 100 countries.

Eliud Kipchoge has been a potent force in distance running since he beat Kenenisa Bekele to the World 5,000m title as an 18-year-old in Paris in 2003. Victorious on his marathon debut in Hamburg with 2:05:30 in 2013, he has won all but one of his seven races at the distance, displaying consummate mental as well as physical mastery of the event. Winning in Berlin just over a year ago in 2:04:00, he dominated London’s usual field of outstanding talent, running to within eight seconds of the world record with 2:03:05. Then came victory in the supreme test of the Olympic Marathon in Rio.

Jemima Sumgong had produced consistent results over the years in the marathon including finishing runner-up in Boston in 2012 and Chicago the following year and then fourth in the 2015 World Championships. However it was her victory in London this April that gave a solid pointer to her Olympic prospects. In Rio’s tough conditions she captured the title in 2:24:04.

A colossus on the track, Haile Gebrselassie received his AIMS Lifetime Achievement Award in Athens, the birthplace of the marathon. The great Ethiopian twice won Olympic gold at 10,000m and eight world titles, plus a half marathon World Championship for good measure. He freely acknowledged that the marathon was a fresh craft to be learned, served his apprenticeship and twice broke the world record in Berlin, becoming the first man to break 2:04, albeit it by one second, in 2008.

Two further awards were presented during Friday’s reception: the AIMS Green Award to the Göteborg Varvet Half Marathon for its environmental protection actions and the AIMS Social Award to the Munich Marathon for the “Laufend integrieren” program (Continuous Integration) whereby, through the race, organizers help refugees living in Germany integrate into the local community and understand the domestic mentality. 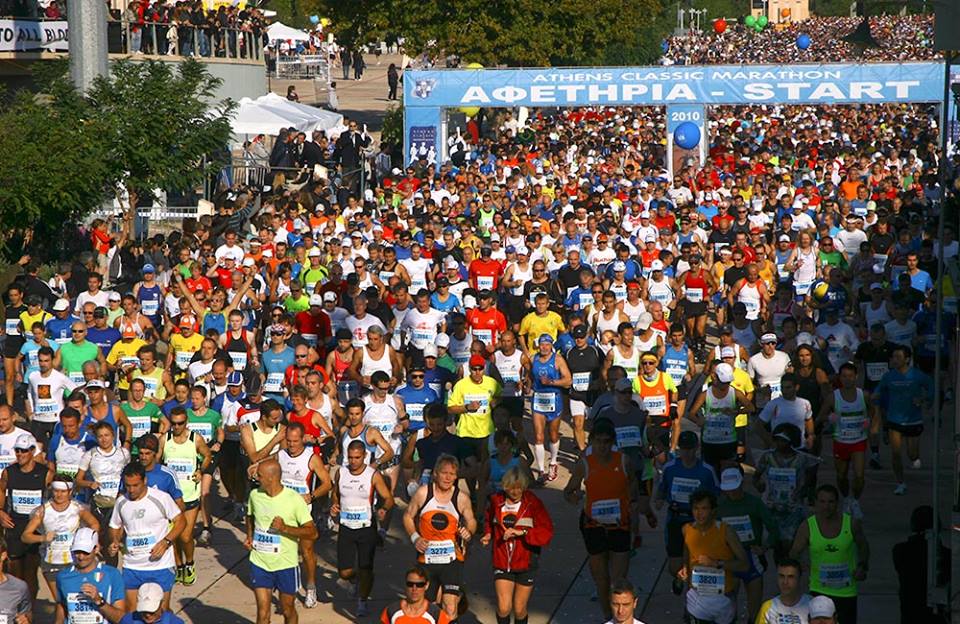 The 34th “Athens Marathon. The Authentic”, to take place on Sunday, November 13, marks 120 years from the ﬁrst contemporary Marathon race.

Interest in the “Athens Marathon. The Authentic”, is once again high with some 50,000 runners expected to participate in all of the events’ races over a range of distances. However, the premier event remains the international officially measured marathon (42.195 km) which begins at 9 on Sunday morning as the runners follow the footsteps of the legendary Pheidippides* from the town of Marathon to the finish line in the 1896 Olympic Stadium.

* The messenger Pheidippides ran from the battlefield to bring news of victory to Athens, providing inspiration to Pierre Coubertain, Michel Breal and Dimetrios Vikelas for the creation of the marathon as an athletic event during the first Modern Olympic Games of 1896 in Athens, Greece.

Mykonos Yachting to Exhibit at Greek Tourism Expo in Athens