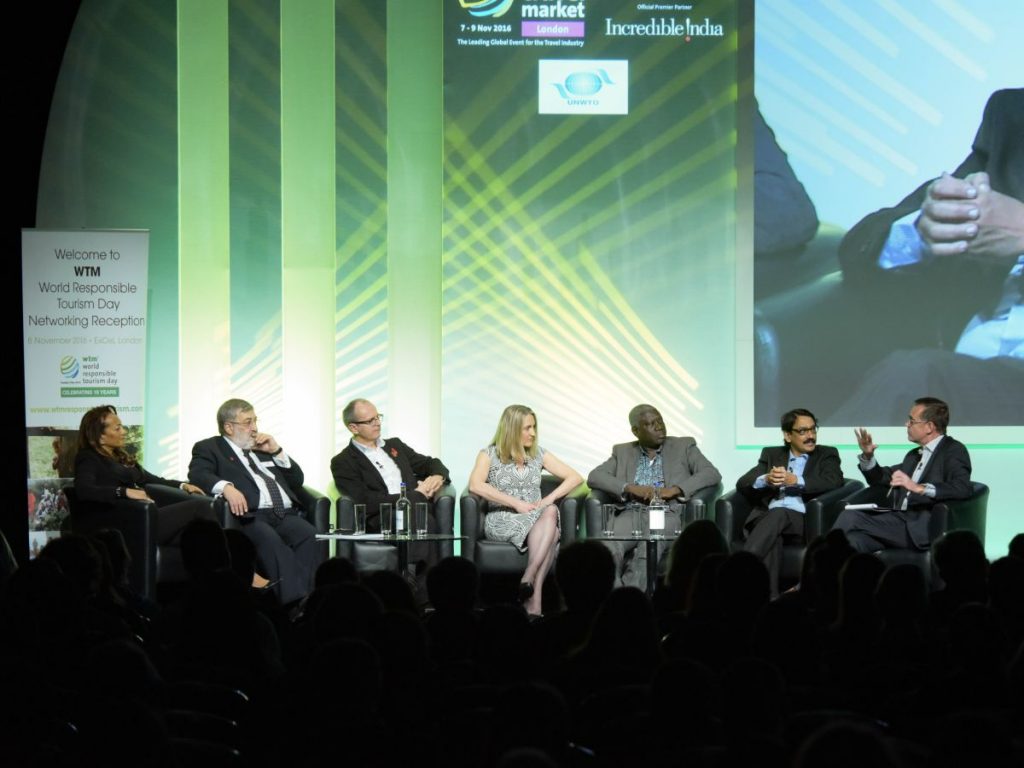 To mark this anniversary, and the fact that 2016 sees the 10th anniversary of the responsible tourism programme at World Travel Market (WTM) London, this year the flagship Roundtable Interview shifted from interviewing mainstream industry representatives, to discussing responsible tourism issues with some of the movement’s pioneers, providing a chance “objectively and critically to see how much progress we have made and to look forward to see how far we can go over next 20 years,” according to WTM London Senior Director, Simon Press. “Responsible tourism should be the backbone of the industry,” he added.

“As an activist you are never happy,” said Justin Francis, CEO of Responsibletravel.com and founder of the annual World Responsible Tourism Awards. However, reflecting on the 20 years he has worked to make the industry take responsible tourism seriously, he did see signs of progress. “We have moved from no one knowing what Responsible Tourism was, to people saying they can’t do anything about it, to people asking me to tell them what to do, to now people saying ‘let me show you what we do’,” he explained.

Adama Bah, Director, Institute of Travel and Tourism of Gambia, agreed that the industry had made a great deal of progress, but felt that the focus needed to now be more on destinations, where it was much harder to gain traction. “In our experience in destinations politicians still call the shots,” he said, “and while industry may say it takes the lead, if a project is not supported by politicians they struggle. We have not been able to bring politicians as far as they should.”

Justin Francis was more optimistic, however, commenting that: “Old production models are changing. No longer do companies build a project and launch it on a destination. Now they are collaborating with a destination and developing something together.”

Adama Bah disagreed, arguing that destinations continue to spend more on marketing than the businesses themselves. “Why should government spend the money, basically subsidising the companies and gaining nothing in return?” he asked. “Communities are paying taxes into government and they are not getting the industry they want.”

“We need to stop teaching people to smile for tourists,” said Auliana Poon, Managing Director, Tourism Intelligence International.  “We need to give them the livelihoods that mean their smiles come naturally.”

Instead, agreed Jane Ashton, Director of Sustainable Development, TUI Group, the industry needs to keep working to persuade consumers that sustainable tourism makes for better holiday experiences. “We have a long way to go to find the language to raise the demand among customers,” said Ashton. “We have been hesitant because we were worried about greenwash, and now perhaps we are risking so-called ‘greenhush’ and not talking about it enough.”

In a later session exploring tourism’s ability to impact on the Sustainable Development Goals, Peter Burrell, Managing Director, Exodus talked of a project where his company has worked with the impact measurement consultants Just Impact to look at the social end environmental impact of its tours to Nepal. They discovered that virtually all the in country expenditure from his responsible tourism business stayed in the local market. “It confirmed we have in our power an opportunity to really positively impact on communities where we work.”

This session was followed by a lively keynote speech by Doug Lansky looking at the challenges confronting destinations eager to attract visitors and protect their integrity at the same time.

WTM 2016: Partnerships and Collaboration are Key to Tourism Success