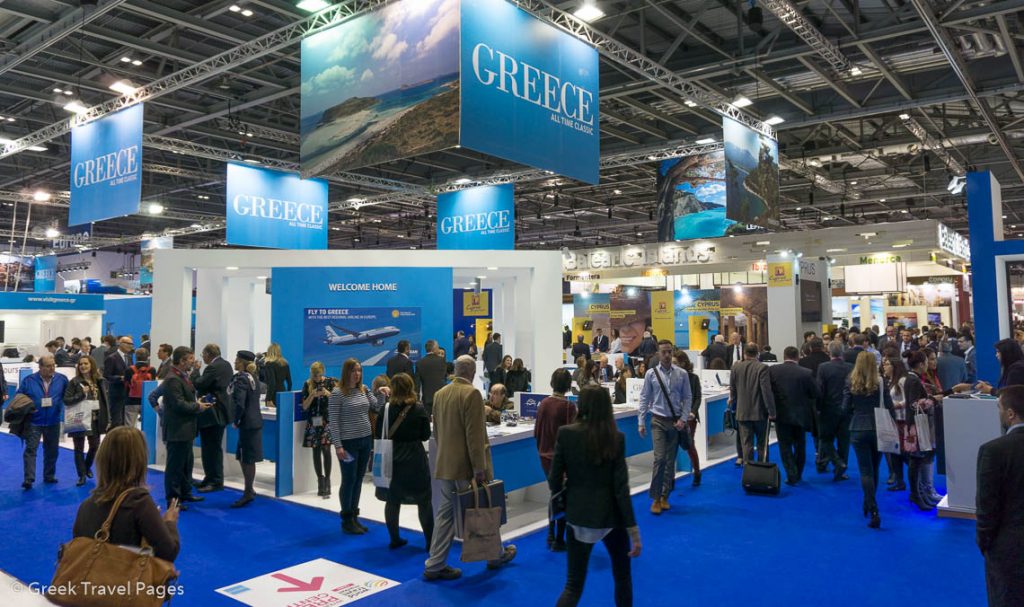 By the end of the year, international arrivals to Greece are expected to exceed 27 million — including cruise arrivals — which is a new high record for the country, Tourism Minister Elena Kountoura said on the opening day of the World Travel Market (WTM) London 2016 on Monday, November 7.

“2016 has been another great year for Greek tourism”, Minister Kountoura told a packed press conference, adding that international arrivals to the country grew by seven percent in the first nine months of the year with the months of July to October proving to be “the best ever” for the sector.

“The cruise sector also had a significant increase in arrivals at Piraeus Port and even up to 20 percent for other destinations”, she said.

Referring to the fact that Greek tourism managed to increase arrivals during the two years of “turbulence” (2015 and 2016), Ms Kountoura said that the country’s records in tourism numbers have been congratulated by the secretary-general of the World Tourism Organization (UNWTO) Taleb Rifai. “He has referred to Greece as a ‘case study’, in regards to how we succeed under so many difficult circumstances and how we succeed to overcome obstacles and maintain a strong momentum in our tourism growth”, she said.

Greece aims for 365 days of tourism

Minister Kountoura also informed the press conference that Greece is aiming to attract visitors outside its traditional summer period and become a year-round destination.

“Since 2015, according to the new tourism policy, we focused on a way to expand the season and took steps to promote new thematic products and introduce new destinations, open new source markets abroad and we want to establish new direct flights”, she said.

According to the minister, through strategic agreements with major tour operators to increase travel packages and flights for 2016 to popular and also new Greek destinations, the Tourism Ministry managed to expand the official tourism season this year from mid-March until mid-November.