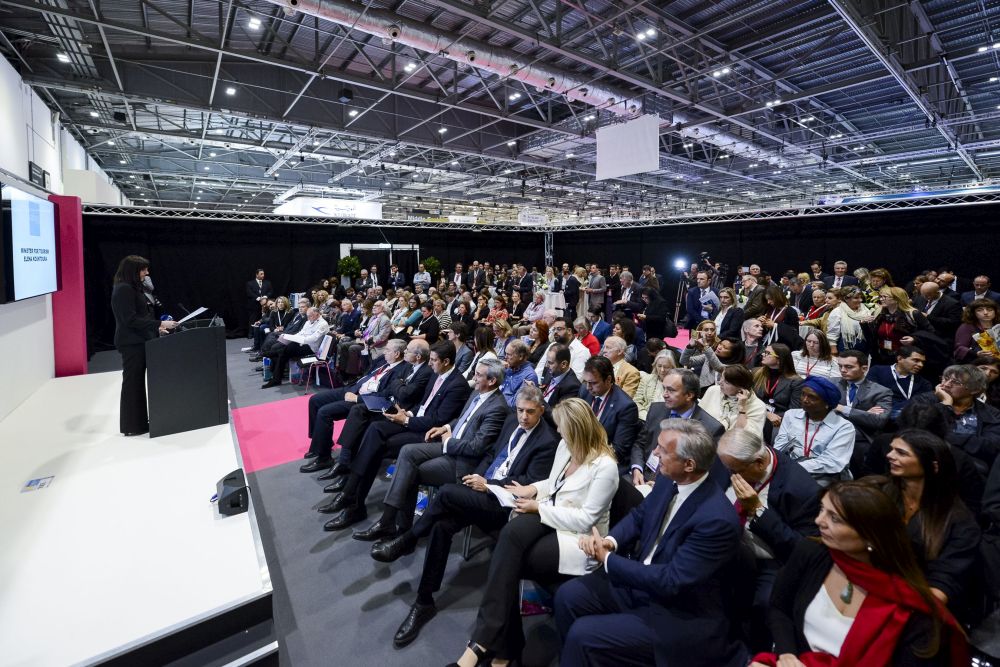 “British travellers are very loyal and repeat visitors and the numbers are growing every year”, Tourism Minister Elena Kountoura said during a press conference on the opening day of the World Travel Market (WTM) London 2016 on Monday, November 7.

“Greece continues to grow in the UK travel market as holiday bookings increased by six percent in September and about four percent since the beginning of the year”, Minister Kountoura said, adding that the Greek islands experienced an increase in bookings of seven percent overall from the UK.

“We place priority to maintain this strong flow of travellers by promoting new and alternative options that apply to their needs and latest travel trends”, she added.

Minister Kountoura also referred to a “very positive development” pointing to early indications of bookings for 2017 — up until September 2016 — that reveal a year-on-year increase of 23 percent.

On her part, the director of the Greek National Tourism Organisation UK & Ireland Office, Christina Kalogera, said that 2016 has seen the third consecutive year of growth in tourism to Greece from the UK. “Financial and political stability have contributed to this growth, but continuing investment in the tourism product has resulted in a dynamic choice for discerning visitors”, she said.