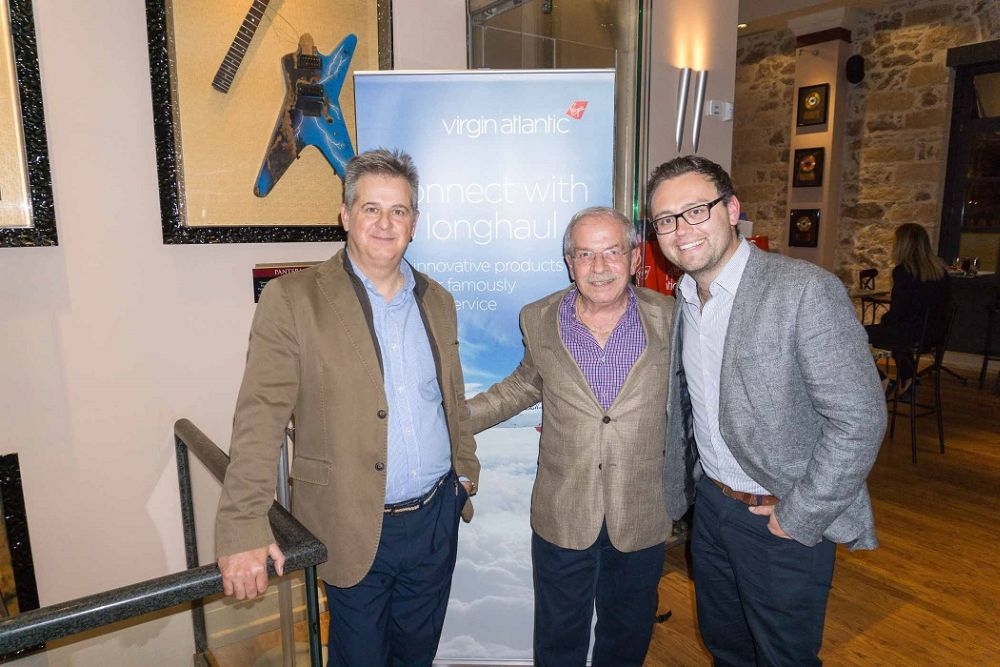 Greek travel agents were updated on the latest developments involving Virgin Atlantic Airways during a special event held at the Hard Rock Café in Athens in late October.

“Virgin Atlantic is very passionate about customer service”, said Nick Bettles, European Sales Manager for Virgin Atlantic, while explaining why the airline “stands out from the crowd.

“Virgin Atlantic is happy to open its famous corporate ‘Flying Co’ programme applicable to companies in Greece”, Bettles said. Flying Co is the airline’s corporate loyalty programme, designed to reward travel agencies and their company travellers for choosing to fly with Virgin Atlantic.

Virgin Atlantic now serves over 30 destinations worldwide, from cities and family holidays in North America to African adventures, relaxing Caribbean Islands and a taste of exotic Asia. The airline aims to offer a differentiated product and service, including access to its exclusive Clubhouses.

Moreover, over the years, Virgin Atlantic has received various awards for its services, such as “Europe’s leading airline to North America” in the World Travel Awards 2016.

Discover The World Greece is the general sales agent (GSA) of Virgin Atlantic Airways in Greece.