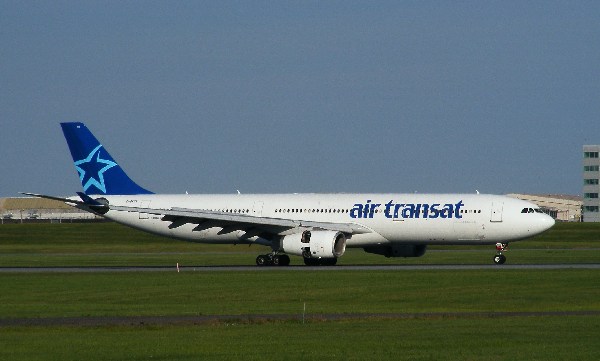 Every year, Air Transat carries some three million passengers to nearly 60 destinations in 30 countries aboard its fleet of Boeing narrow-body and Airbus wide-body jets. The company employs approximately 2,000 people. Air Transat is a business unit of Transat A.T. Inc., an integrated international tour operator with more than 60 destination countries and that distributes products in over 50 countries.

Air Transat was named one of the best long-haul economy flight carriers by ‘Which? Travel’ in its January 2016 Airline Survey report and the leading airline to Canada, beating other long-haul airlines. Air Transat was judged on the quality of a variety of provisions, including punctuality (91 percent), boarding and value for money — which both received a four out of five star-rating. The airline has also been named Best North American Leisure Airline for the fifth consecutive year at the 2016 Skytrax World Airline Awards.

“Gold Star Aviation will continue to provide the highest level of services to both the airline and the Greek travel trade, for the benefit of our customers”, the company’s management said in an announcement.