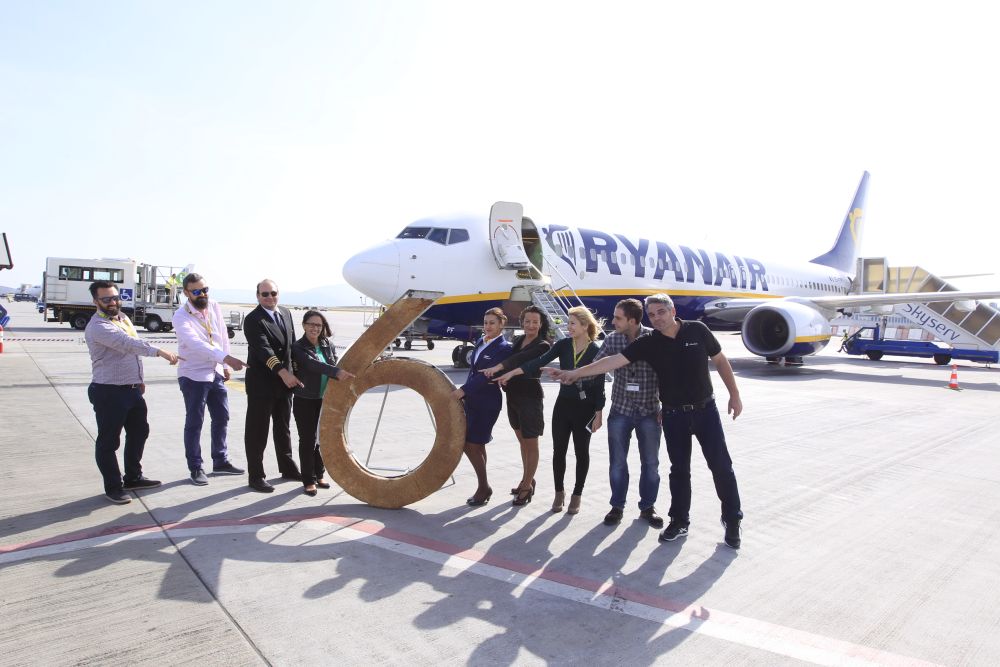 Ryanair on Wednesday, October 26, celebrated carrying six million passengers to and from Athens International Airport (AIA) since its first flight took off from there in April 2014.

This winter, the low cost carrier will offer 19 routes from Athens, which will deliver 3.4 million customers per year, according to Ryanair.

Ryanair’s 2016 winter schedule includes five aircraft based in Athens, 19 routes in total, of which six are new and will fly to Bucharest, Dublin, Malta, Bologna, Mykonos and Sofia. I addition, the airline will includes more flights to Rome – Ciampino and Rhodes (from 2 to 3 daily).

To celebrate the occasion, the airline is offering low cost fares from 15 euros that are available for booking through its website by midnight Monday (October 31) for trips that will take place from November 2016 to January 2017.