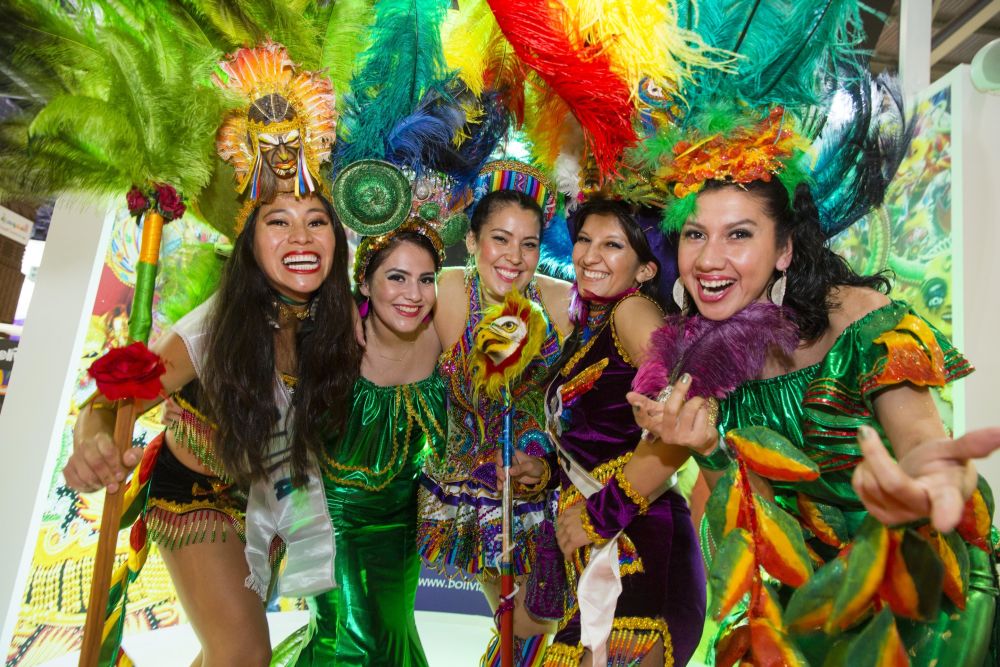 For the third year, exhibitors will showcase their destinations through music, dancing and cuisine in the WTM Festivals

World Travel Market London 2016, the leading global event for the travel industry, has announced the diversity of exhibitors that will be partying in style during WTM London’s Festival programme on Wednesday November 9 from 5pm to 7pm.

WTM London’s Festival programme will have at least 13 countries hosting festivals giving all participants the opportunity to socialise after the traditional working hours in a fun and vibrant atmosphere.

Those attending will experience the diversity of cultures, hospitalities and cuisines with each hosting exhibitor offering something unique. India is among the exhibitors that will be hosting WTM London’s festivals.

“The WTM London festivals were introduced in 2014 to celebrate the 35th edition of WTM London, but they were so successful they have continued. This year the festivals are even bigger and better than before with plenty of opportunity for informal networking and fun for all attendees”, WTM London, Senior Director, Simon Press, said.

India (Stand IN300 & IN350), Assam India (Stand IN270) and Goa (Stand IN175): With 2016 being declared the India’s year at WTM London, ‘Vibrant India’ themed festival will be showcasing the country’s cultural flair, with music, dancing and traditional cuisine on its pavilion where every corner of India will be presented. The states Assam India and Goa will also be presenting their traditional music and dance. At the Goa’s stand, tasty Indian food and drinks will be served as the networking commences, accompanied with live folk music and a special dance performance.

China (Stand AS650), Japan (Stand AS640), Philippines (Stand AS500) and Vietnam (Stand AS260): In the Asian region, four countries are taking part of the WTM London’s Festival programme. Japan National Tourism will be hosting the Japanese Calligraphy and paper magic while in the Vietnam stand, music is likely to attract plenty of attention as the destination showcases its dancing traditions.

Philippines is hosting the Philippine Street Party, food and cocktail bar with singing and percussion instruments. China is promising to come up with an exciting stand presentation.

Bolivia (Stand LA450), Argentina (Stand LA420), Mexico (Stand LA120) and Caribbean (Stand CA235): Bolivia’s festival will be focusing on culture and some Folkloric Dancing while Argentina will host an evening of Tango dancing and wine tasting. In the Mexico stand, the Hotel Xcaret Mexico will present its live performance of the personification of an ancient Mesoamerican God. Relax and unwind with some Caribbean Agent Training Sessions, music and some scrumptious Caribbean food in the Caribbean stand.

VisitDenmark will also be hosting a party atmosphere with Poppy and Branch from the new animated comedy Trolls walking the floor of WTM London. Meet the two happy trolls, get your photo taken and hear how you can win prizes. VisitDenmark has also implemented the Hug Time twice a day during WTM London just like the animation where the trolls hug each other every hour.

Ertebat Gostar Sobat (Stand TT518): Located in the technology area, EGS are running an exciting competition to get participants the chance to win a trip to Persia. Visitors will have to answer challenging questions during the activity.