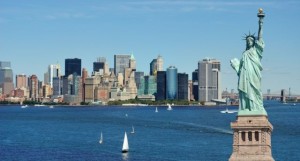 It’s only just begun… the battle between Airbnb and the City of New York: the two will meet in court following New York Governor Andrew Cuomo’s approval last Friday of a law impacting online home rental companies like Airbnb. In response, the short-term rental company sued the city, its mayor and the state attorney general.

The new bill comes on top of New York’s 2010 ban on whole-apartment rentals of less than 30 days. Now, property owners offering short-term rentals when they’re not in their apartments can be fined up to 7,500 US dollars just for advertising their properties on sites such as Airbnb.

Supporters claim that limiting short-term rentals will increase access to affordable housing despite the fact that the 30 billion dollar company was launched in 2008, obviously much later than New York’s notoriously high rents.

And it seems the now the city’s mayor is up for a battle as New York City is Airbnb’s No 1 market in the US with 41,000 active listings – or just over 1 percent of the city’s three million housing units.

Opponents of the bill underline that it poses a threat to the state’s economic future and fails to create a business-friendly environment, leaving no room for innovators.

On Monday, New York State said it would not enforce the new advertising law until Airbnb’s lawsuit was resolved.