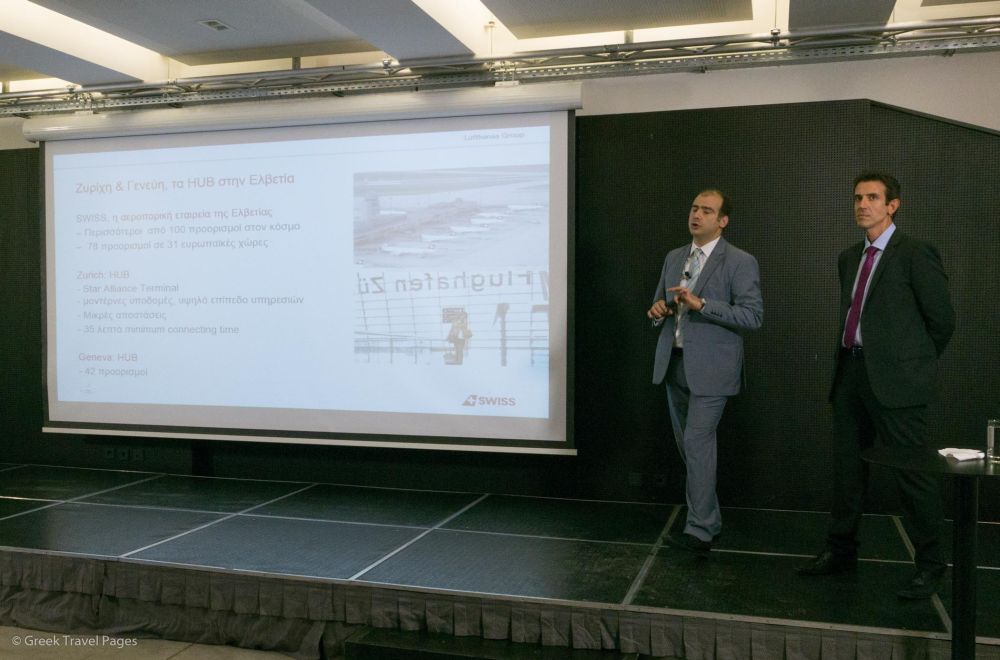 Greek tourism and travel professionals recently got the “grand tour” of the hub airports of Lufthansa Group airlines at a special event held in Athens.

The “Hubs to Hub” event by Lufthansa Group, held at the multipurpose venue The Hub Events, took place in a specially arranged space that featured booths representing each airport hub separately. Each “hub” presented its localities, culture and traditional cuisine.

While touring the facilities, guests had the chance to “travel” to Lufthansa Group’s airport hubs in Austria, Belgium, Germany and Switzerland and experience the unique services offered to customers.

“We are particularly happy that through this event we have the chance to present to our partners the hub airports of our Group, which support the global network of our routes”, said Konstantinos Tzevelekos, General Sales Manager in Greece & Cyprus of the Lufthansa Group.

Renowned chef Dimitris Skarmoutsos supervised the menus of all “airport hubs” and accompanied the guests on their journey to tastes. 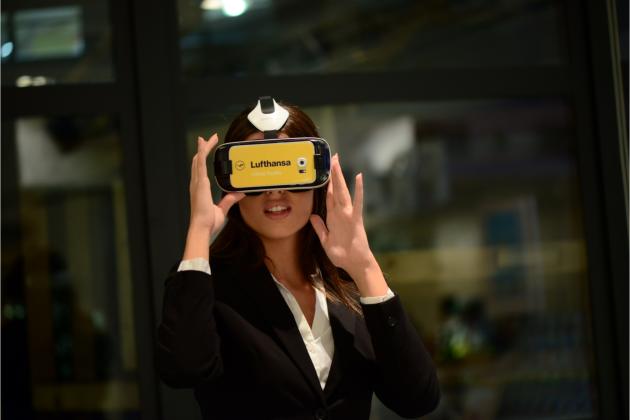 Guests had the opportunity to experience the magic of Lufthansa’s virtual reality headsets.

Lufthansa Group hubs at a glance

Daily flights connect Greece with the six Lufthansa Group hubs: Vienna, Brussels, Munich, Frankfurt, Zurich and Geneva, offering one of the most comprehensive networks of air services in the world. Today, the airlines of Lufthansa Group operate 11,500 flights a week to 306 destinations in 101 countries around the world and serve over 100 million passengers annually.

Vienna Hub
Austrian Airlines, the flag carrier of Austria and a subsidiary of the Lufthansa Group, is headquartered at Vienna International Airport where it maintains its hub. The airline offers a total of seven lounges at Vienna Airport spread out over 2,300 square meters of floor space. 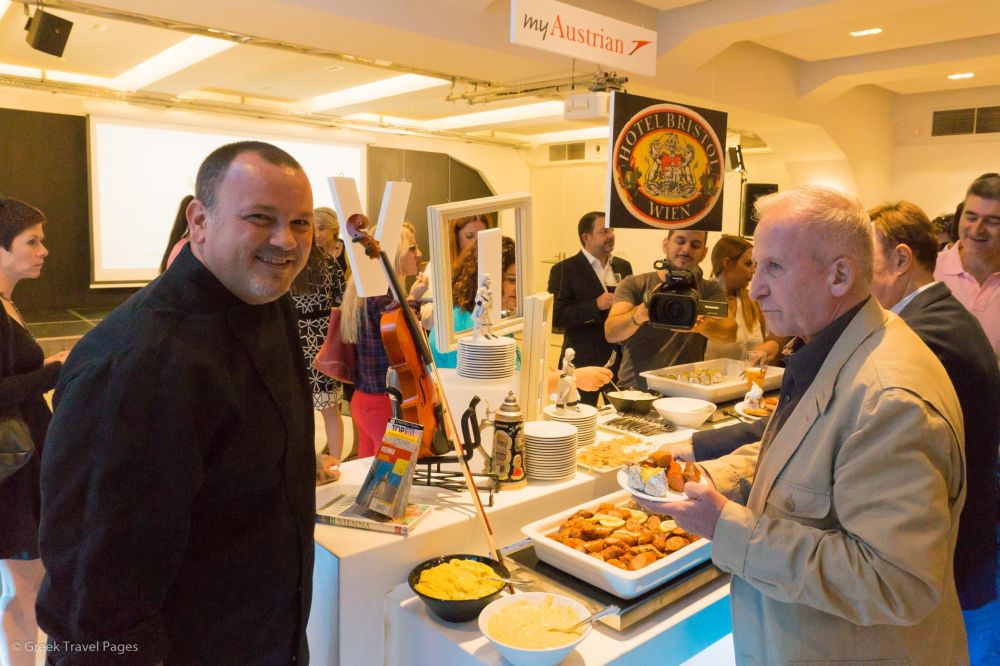 Greek chef Dimitris Skarmoutsos and his creations at the booth of the Vienna hub. Visitors sampled dishes of Austrian cuisine.

From Vienna airport, Austrian Airlines serves European and international destinations such as Colombo, Havana and soon Los Angeles. The minimum time for waiting for connecting flights is only 25 minutes.

Brussels Hub
The hub of Brussels Airlines, a member of Lufthansa Group, is based at Brussels Airport. Guests can choose between three lounges of Brussels Airlines: the Loft, the Suite and the Sunrise lounge, which is located in the Long Haul Terminal in the T zone bound for America & Africa. 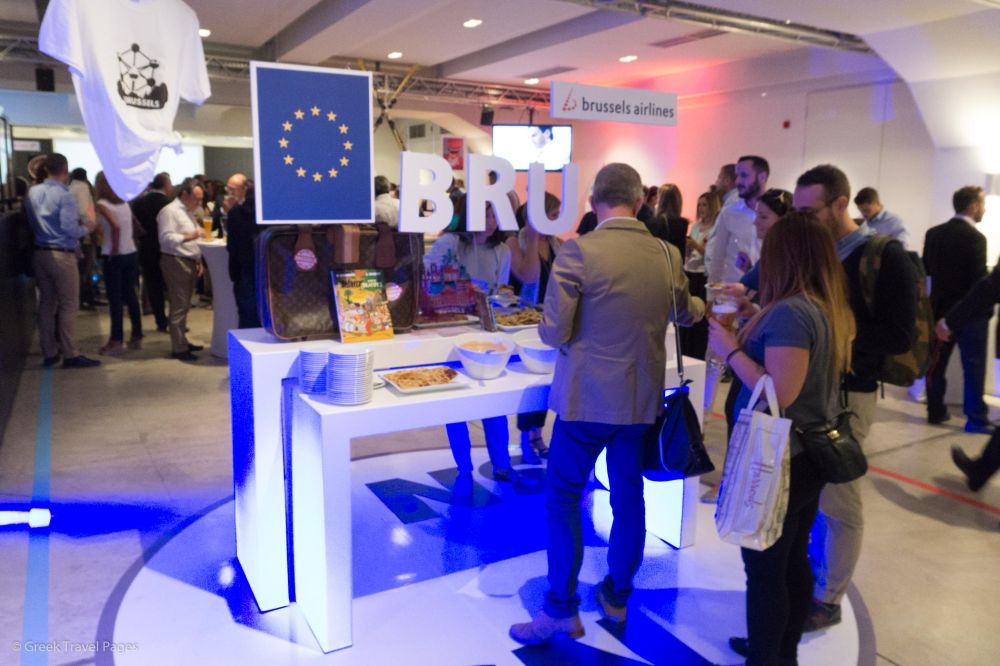 Delicious pastries and the famous Belgian waffles were served at the booth of the Brussels hub.

From its Brussels hub, Brussels Airlines serves 60 destinations with direct flights to New York, Washington and Toronto, while Mumbai is expected to be added to the schedule in the spring of 2017. 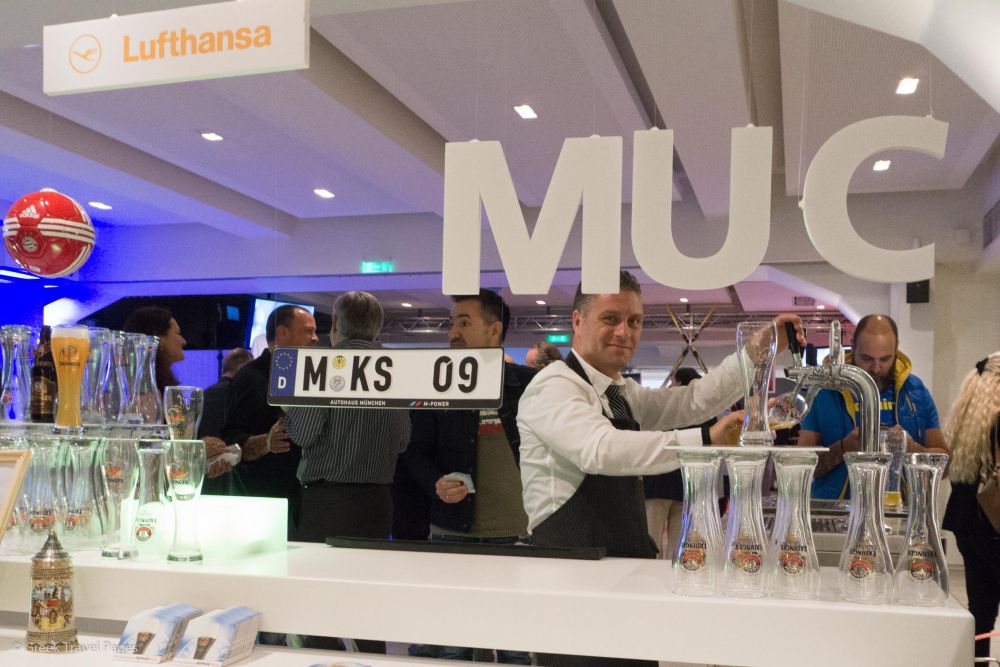 At the booth of the Frankfurt and Munich hubs, visitors enjoyed authentic cold German beer.

Frankfurt Hub
Frankfurt International Airport is the biggest hub of Star Alliance, based on the number of visiting passengers. Lufthansa passengers can choose from 13 luxurious lounges of the Business Class, Senator Lounge and Welcome Lounge categories. For First Class passengers, Lufthansa has the First Class Terminal, a total area of 1,800 sqm. A total of 188 Lufthansa aircraft are stationed at the Frankfurt hub, with 74 serving long distance flights. The remaining 114 aircraft are for small/medium distances.

Munich Hub
Munich Airport is one of the most contemporary and awarded airports in the world. Its impressive Satellite Terminal, which expanded Terminal 2, was renovated at the end of April and has changed the meaning of ground handling service for passengers. The Satellite Terminal is used by Lufthansa and Star Alliance partners and includes 52 gates and 42 passport control points. Terminal 2 hosts a total of eight luxurious lounges of Lufthansa which include Business Class Lounges, Senator Lounges, Senator Café and First Class Lounge. Lufthansa’s fleet in the Munich hub consists of 119 aircraft among which 27 are long distance aircraft and 92 small/medium distance (included Lufthansa Regional and Air Dolomiti). In January 2017, the Munich hub is expected to welcome the first 10 new modern long distance Airbus A350 of the Lufthansa fleet.

Lufthansa operates over 5,350 flights per week towards 205 destinations in 75 countries, from the Frankfurt and Munich hubs. Lufthansa recently added new destinations such as San Jose in California, Panama, Corfu and Santorini.

Zurich and Geneva Hubs
Through the airports of Zurich and Geneva, Lufthansa Group member Swiss International Airlines transfers more than 16 million passengers per year and serves over 102 destinations in 46 countries. 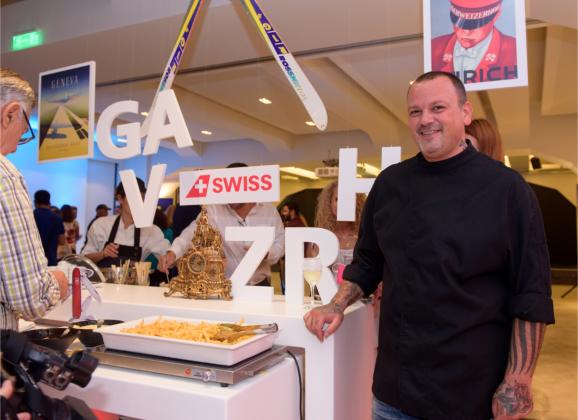 Greek chef Dimitris Skarmoutsos at the booth of the Zurich and Geneva hubs, which served local Swiss cuisine dishes.

Zurich Hub
An attractive stopover airport for those travelling to Europe and international destinations, Zurich Airport boasts SWISS’s luxury lounges of First Class, Senator, Business, and Arrival that provide travelers with countless options for a pleasant and comfortable waiting between flights.