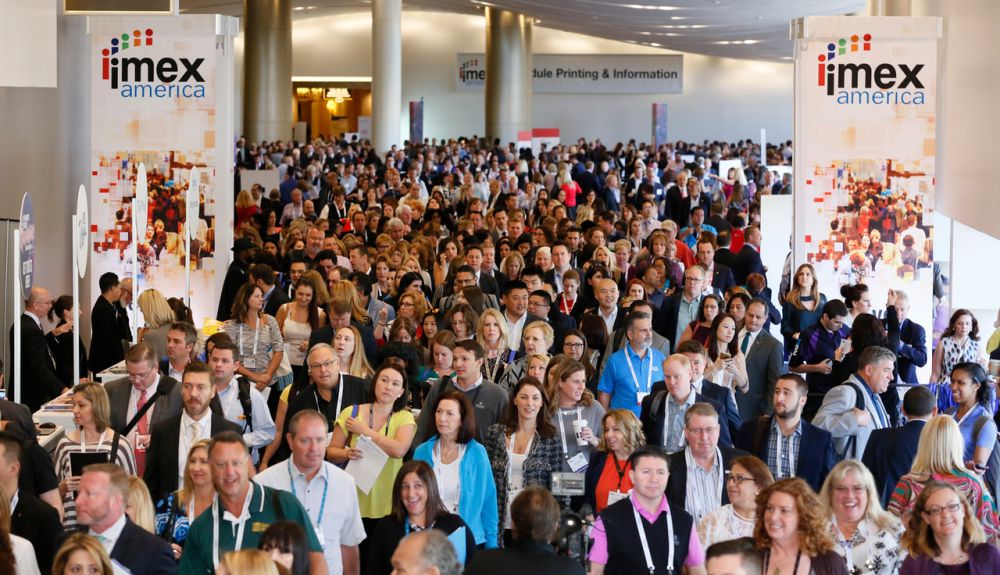 The Greek National Tourism Organization (GNTO) participated in the sixth IMEX America held at the Sands Expo and Convention Center in Las Vegas, from October 18 to 20, and promoted Greece as a conference tourism destination.

IMEX America is the largest meetings industry trade show in the United States, which sets the pace for global business deals.

Alternate Tourism Minister Elena Kountoura attended the trade show and discussed the prospects of attracting and hosting leading conferences and events in Greece, with representatives of leading US and international companies and conference organizers.

Minister Kountoura informed the professionals on Greece’s advantages as an ideal all year round destination that can host conferences and events of international agencies and organizations, corporate meetings and incentive travel events.

She also underlined the dynamic growth course of tourism in Greece and Athens, the increased number of visitors from the US market and the positive prospects for strengthening a direct air route to America, following the increase in direct flights from three US airline companies this year.

In the 2016 ICCA rankings, which reveal how cities and countries perform in the business events industry, Greece is in the 26th place for countries.

During her stay in Las Vegas, the minister gave interviews to journalists Greg Oates from US magazine Skift and Leo Jacobson of the specialized congress tourism magazine of Northstar Travel Group.

IMEX America this year saw a record number of exhibiting companies – 3,250, a 4.8 percent increase on 2015 – representing 139 countries. They included 69 new booths and another 69 booths had expanded year on year. Well over 3,000 hosted buyers attended the show this year, also a new record, reported IMEX Group in an announcement.

Ministry to Fund Hub for the Promotion of Greek Culture, Creative Industries