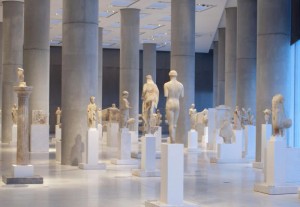 The number of visitors to Greek museums and archaeological sites dropped by 7.5 percent and revenue by 0.1 percent in June this year, according to a survey conducted by the Hellenic Statistical Authority and released last week.

At the same time, the number of free admission visitors also decreased by 5.7 percent in the same month.

Meanwhile, despite the number of visitors at the country’s archaeological sites falling by 19 percent in June and free admission figures down by 18.6 percent, takings increased by 60.3 percent compared to a year before.

In the first six months of 2016, the number of visitors to the country’s museums declined by 3.4 percent but increased by 17.3 percent on free admission days. Earnings dropped by 1 percent against the same period in 2015.

At archaeological sites in the January-June 2016 period, the number of visitors fell by 10.4 percent with free admission visitors up by 14.5 percent. Revenue in the same period grew by 53.8 percent