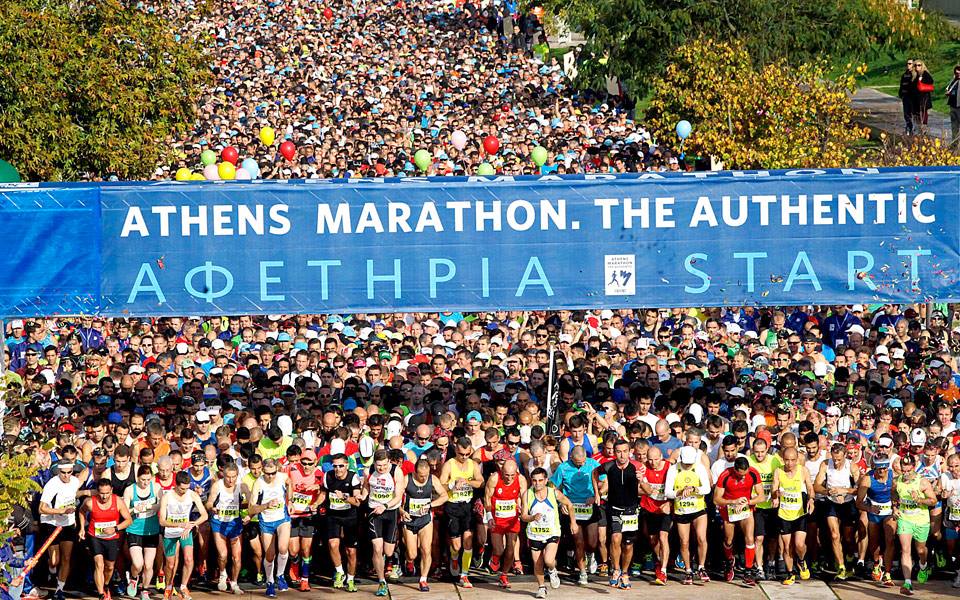 The Greek capital takes the international spotlight yet again for the 34th Athens Marathon – The Authentic set to draw in record numbers on November 13 for the historic sporting event.

Some 50,000 runners are set to hit the road and test their mettle during the Athens Marathon, which this year marks 120 years since the first modern marathon race was held at the 1896 Olympics and is being held in honor of Greek pacifist and track & field champion Grigoris Lambrakis (April 3, 1912 – May 27, 1963).

Organizers are making all efforts to ensure “the safety and best standards of the major sporting, historical and cultural event”, Athens Mayor Giorgos Kaminis told a press conference this week.

“Our aim is for the Athens Marathon – The Authentic to become in the future the most important running event in the world,” said Hellenic Athletics Federation (SEGAS) President Kostas Panagopoulos.

In the meantime, at the “finish line” in the historic Panathenian Stadium, a special event will pay tribute to Greece’s Rio Olympics team. “This year we will have the pleasure to honor the athletes who made us proud two months ago in Rio with a parade before the first marathon runner enters the stadium… giving the opportunity to the people, fans, athletes and their families to applaud their heroes,” said Spyros Capralos, president of the Hellenic Olympic Committee.