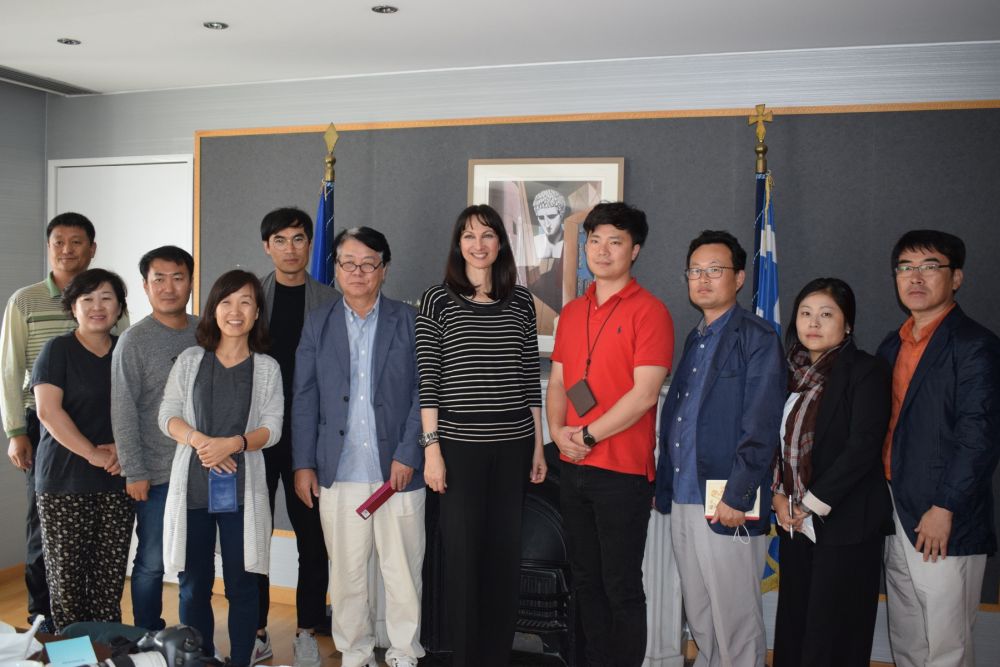 As part of its ongoing strategy to expand into new markets, the tourism ministry and the Greek National Tourism Organization (GNTO) recently arranged a series of fam trips and meetings with journalists from South Korea.

Besides visits to Crete, Santorini, the Peloponnese and Athens, the South Korean delegation also had a chance to meet Alternate Tourism Minister Elena Kountoura, who presented the options in Greece and underlined the ministry’s aim to work together with South Korea in the area of tourism. In this direction, Greece participated last year for the first time in the Korea World Travel Fair (KOTFA) held in Seoul.

Kountoura went on to add that the ministry has implemented a series of targeted actions with the ultimate goal to increase the tourist flow from South Korea in the coming years. To achieve this, she said, efforts are being made by authorities to establish direct flights between Athens and Seoul as of 2017. The minister also referred to a recent decision by Hanjin Travel, a subsidiary company of Korean Air, to carry out two charter flights this month to Greece.

Philoxenia Tourism Fair Back with More… of Greece