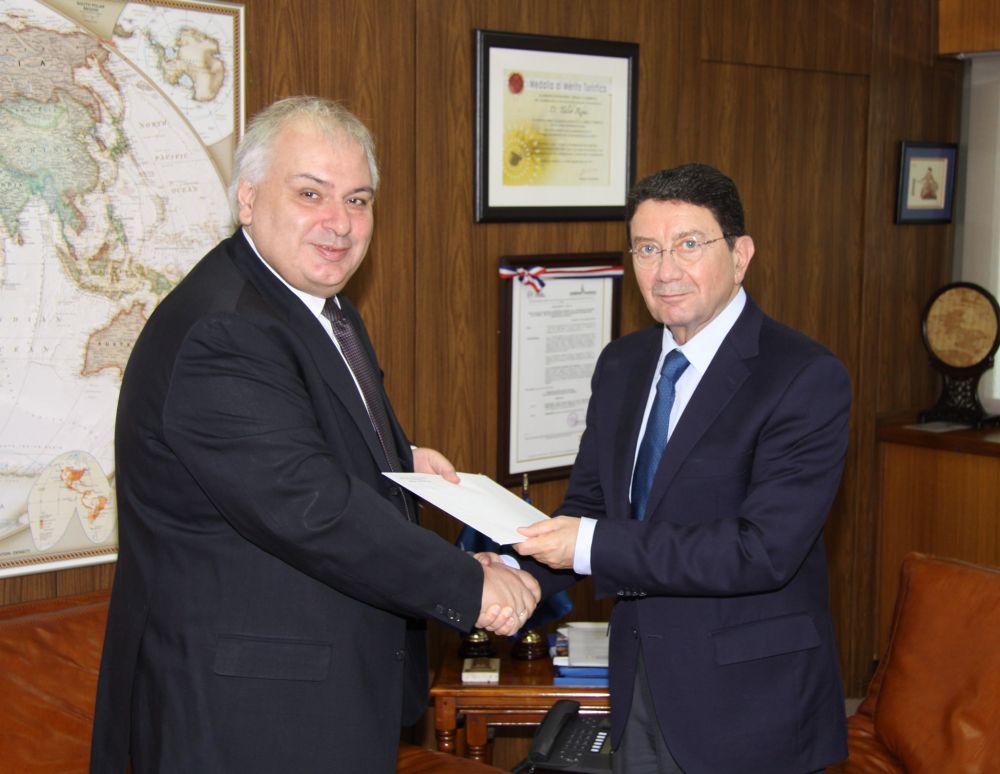 The Ambassador of Greece, Christodoulos J. Lazaris, on Monday presented his credentials to the Secretary-General of the World Tourism Organization (UNWTO), Taleb Rifai, accrediting him as Permanent Representative of his country to the organization. UNWTO is the United Nations specialized agency for tourism and is based in Madrid, Spain.

During the meeting, Rifai expressed to Ambassador Lazaris the Organization’s determination and commitment to continue strengthening its close relationship with Greece.

“The prospects for tourism in Greece are positive as economic recovery continues and new air routes open from emerging source markets, particularly Russia and China, as well as from traditional source markets” the UNWTO said in an announcement.

Greece has been a Member State of the UNWTO since 1975.

Sabre to Hold Technology and Tourism Event in Athens