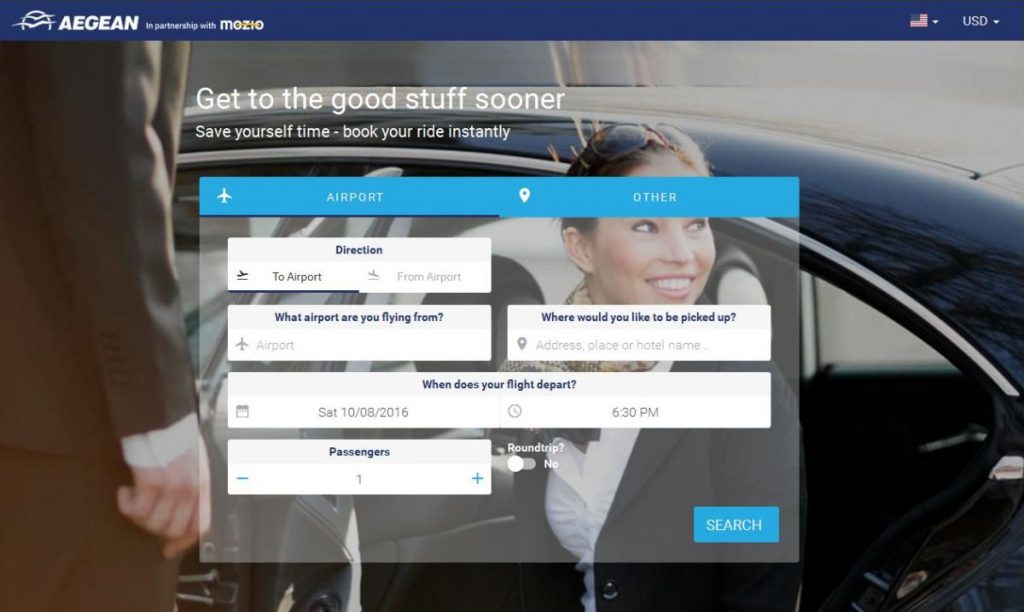 AEGEAN joins Booking.com, Hotels.com, Skyscanner among others as a Mozio partner

Greek carrier Aegean Airlines has partnered with Mozio to offer its customers the option to secure ground transportation.

According to the partnership, Aegean travelers will now be able to book ground transportation in every one of the airline’s 145 destinations through AEGEAN’s new Mozio white label.

“Working with Mozio is a great way to improve the overall experience of our customers by making their transfer to and from the airport as easy and efficient as possible,” says Elias Mandroukas, Head of Digital and Loyalty of AEGEAN.

The Mozio white label can be found on AEGEAN’s homepage and the two companies have plans to extend the cross sell offering to other customer touch points.

“We are thrilled to partner with Aegean Airlines, who moved extremely quickly to incorporate our ground transportation offerings” says Aron Korenblit, Head of Corporate Partnerships at Mozio.

“This partnership confirms to us that airlines are increasingly looking to ground transportation as an untapped source of ancillary revenue. With availability in 32 languages, global coverage and great user experience Mozio is well positioned to be the aggregator of choice in this space.”