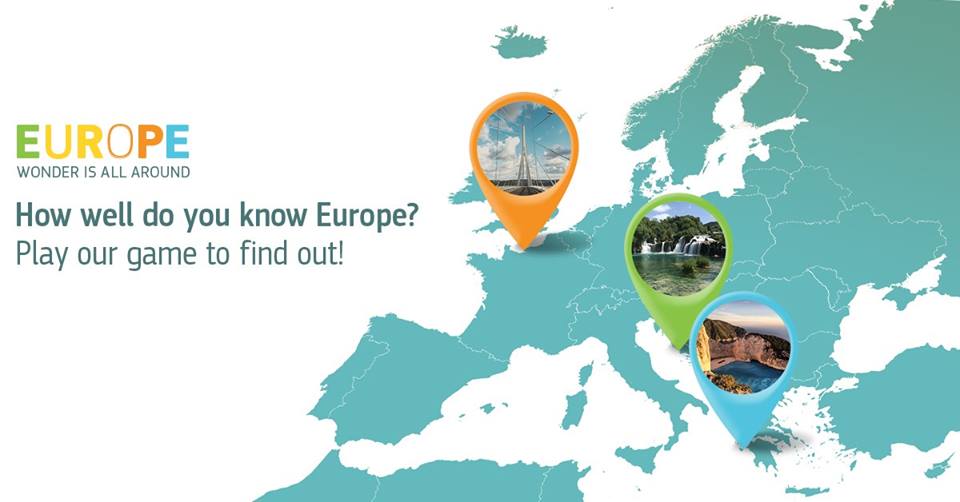 Aiming to support the growth of intra-European travel and keep raising awareness about sustainable and diverse destinations that Europe offers, the European Commission on Monday launched the second phase of the “Europe. Wonder is all around.” campaign with a brand new “Wonder Game”.

The new game allows participants to test their knowledge of European destinations and learn in an interactive way about the rich diversity of Europe.

Players must recognise a number of out-of-the-way destinations, whose photos were collected during the previous phase of the campaign. To win, players specify the location of a given destination by accurately placing a pin on a virtual map. Scores will be calculated based on the distance from the pin to the actual coordinates of the wonder destination. The Wonder Game will run for seven weeks, from 3 October to 21 November. Each week a winner will be selected and rewarded with a guidebook by a leading travel editor on travelling in Europe.

Winners of the “100 Wonders of Europe” photo competition.

Launched in June 2016, the campaign aims at showing the exceptional tourism potential of Europe and encourages tourists to wander off the beaten track and to travel all year round. During the first phase of the campaign, Europeans were asked to promote lesser-known destinations they love to other travellers by pinpointing them on a Wonder Map. Based on the contributions showing wonders from 26 European countries, a gallery of over 100 European wonders was created and the photos were put to a vote. Three photos taken in three different European countries, Sweden, Poland and Romania were most appreciated both by voting citizens and by the appointed jury. Their authors won InterRail passes to travel in Europe.

The “Europe. Wonder is all around.” campaign runs until February 2017.