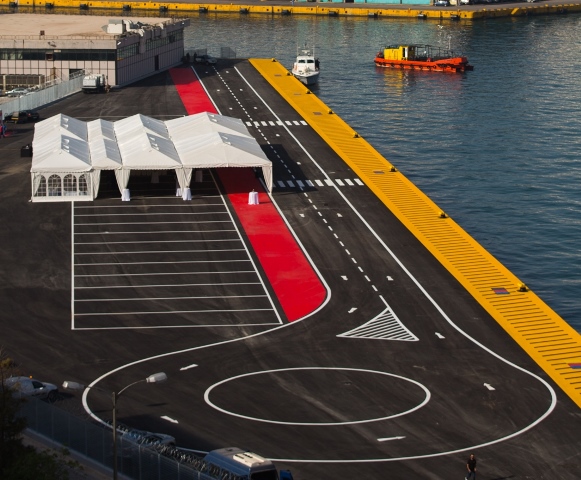 The new pier at Piraeus port.

Xu Lirong, Chairman of the Board and Party Secretary of China Cosco Shipping Corporation Limited.

Addressing the event, Xu Lirong, Chairman of the Board and Party Secretary of China Cosco Shipping Corporation Limited, underlined the potential of cruise travel to Piraeus particularly in view of increasing demand by Chinese travelers.

Cosco Shipping is investing more in cruise infrastructure as well as seeking to become even more competitive with the aim of doubling the 1.1 million tourists it currently handles to 3 million, Lirong said, and added that with the aid of involved ministries, municipal authorities and relevant bodies, “we will work hard to make Piraeus the brilliant pearl of the Mediterranean”.

Lirong said Cosco wants to secure a stronger link between Greece and China, but also to implement more cruise-related projects at the port.

The pier located in the Agios Nikolaos area and completed last month will accommodate cruise ships of up to 280 meters in length, in addition to a second pier on the southern part of the port budgeted at 135 million euros, 90 percent of which will be covered by EU programs.

Besides plans to transform Piraeus into one of the world’s 30 largest container ports, the Chinese conglomerate also aims to make Piraeus into the Mediterranean’s leading cruise ship hub bringing in investments and increasing the number of jobs. Lirong underlined that China has already launched promotional programs to boost Chinese travel to Greece.