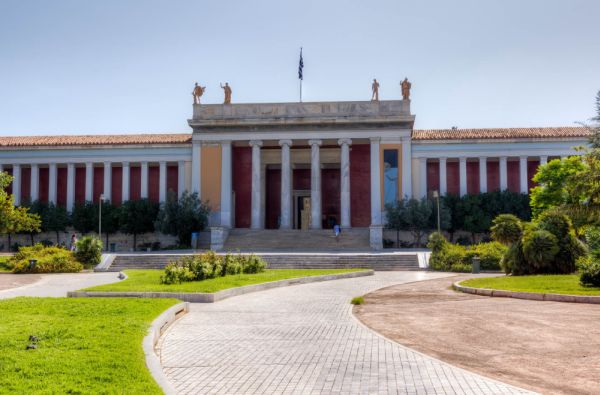 The National Archaeological Museum in Athens will be closed to the public on Monday, October 3, due to a special event marking its 150-year anniversary.

In celebration of the museum’s 150 years of operation, entrance will be free for all on Tuesday, October 4.

The National Archaeological Museum in Athens is celebrating its 150th anniversary since its foundation and has announced the new exhibition “Odysseys” as the main commemorative event.

The opening of the exhibition has been scheduled for Monday, October 3, a particularly symbolic date, since it was on another Monday, 150 years ago, that the foundation stone of the first National Museum in the country was laid by King George I, in the presence of the entire group of ministers and the political, religious, military and municipal authorities.

The exhibition will by officially inaugurated by the President of the Hellenic Republic, Prokopis Pavlopoulos, in attendance of the Culture and Sports Minister Aristeidis Baltas on Monday at 7pm (invitation is required for admission). The inauguration ceremony will start with the festive prelude by the brass quintet Melos Brass with musicians of the ERT symphonic orchestra and the recitation of Cavafy’s poem “Ithaca” by the actress Olia Lazaridou. 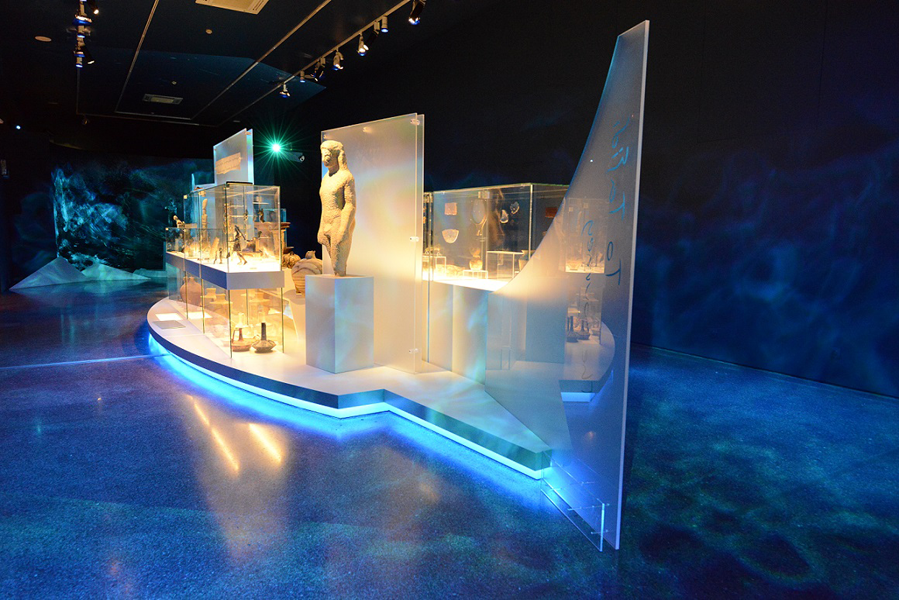 View of the first thematic axis THE JOURNEY.

View of the second thematic axis ITHACAS – In the foreground, the marble statue of Odysseus from the Antikythera shipwreck, 1st c. BC.

The exhibition attempts to give an account of the adventurous journey of man through time considered from an abstract and symbolic perspective that draws its inspiration from the Homeric Odyssey. Without reciting the mythological epic of Homer the exhibition is inspired by the archetypal character of Odysseus and recounts through the emblematic, as well as the lesser-known ancient works of the National Archaeological Museum, the long chronicle of the beleaguered man, his incessant endeavour to tame his environment, conquer new places, broaden his horizons, establish well-governed societies and fight against the perishable nature of his existence with the aid of love and creative act. 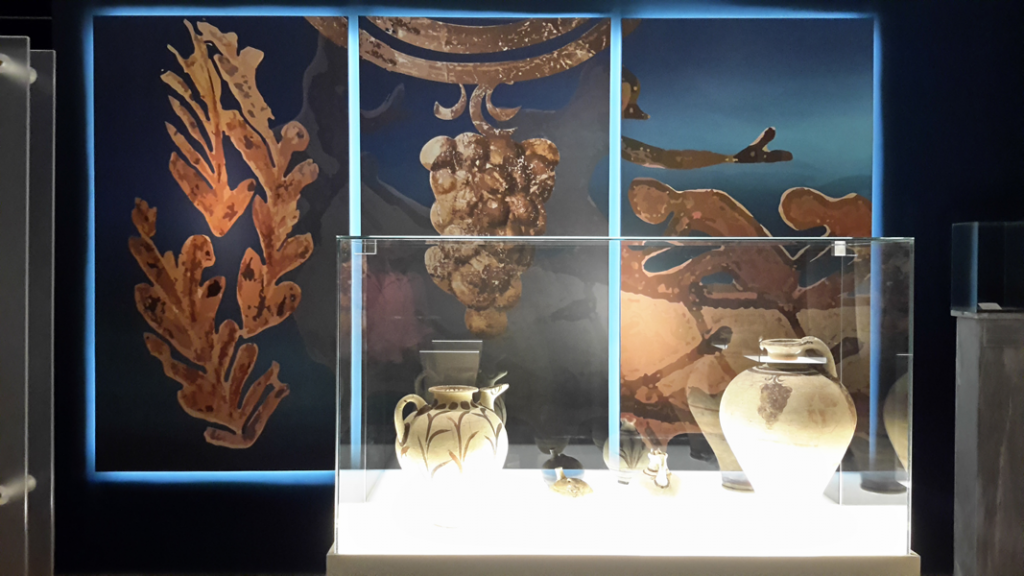 Second thematic axis ITHACAS –View of the unit of The Place.

View of the first thematic axis THE JOURNEY.

One hundred and eighty-four works that come either from the permanent exhibition or the rich in archaeological material storerooms of the Museum’s Collections and six loans, three from the Epigraphic Museum and three from the Acropolis Museum, are presented in an enchanting sequence of cultural stratification, enabling the visitor to discern the differentiations and changes and simultaneously detect those elements that reside and remain unaffected in time and constitute the shared imprint which man has left on the centuries, the ages and the civilizations.

The exhibition will have a year-long duration and will be accompanied by a catalogue in Greek and in English, a publication of the Archaeological Receipts Fund. 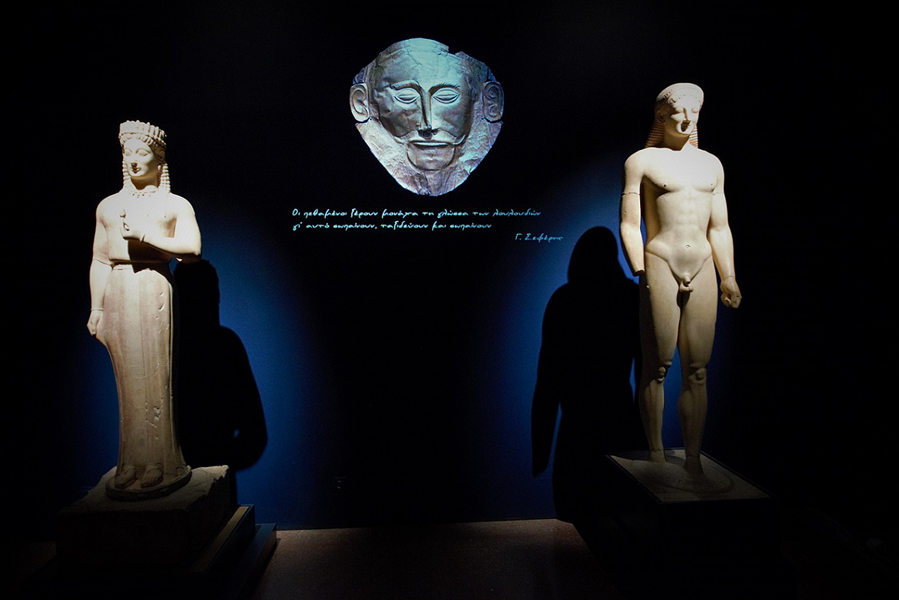 On the same day of the opening, from early in the morning until midnight, the “Passers-by” of George Xenos, works of sculpture with frames of iron sheet, depicting human figures, will be installed in the courtyard of the Museum, recalling to mind the visitors of the Museum, who for 150 years enjoyed it, almost uninterruptedly. Moreover, this sculptural composition metaphorically illustrates the foundation ceremony itself that was carried out in open air, in the unbuilt plot of Patission Street, on 3 October 1866. 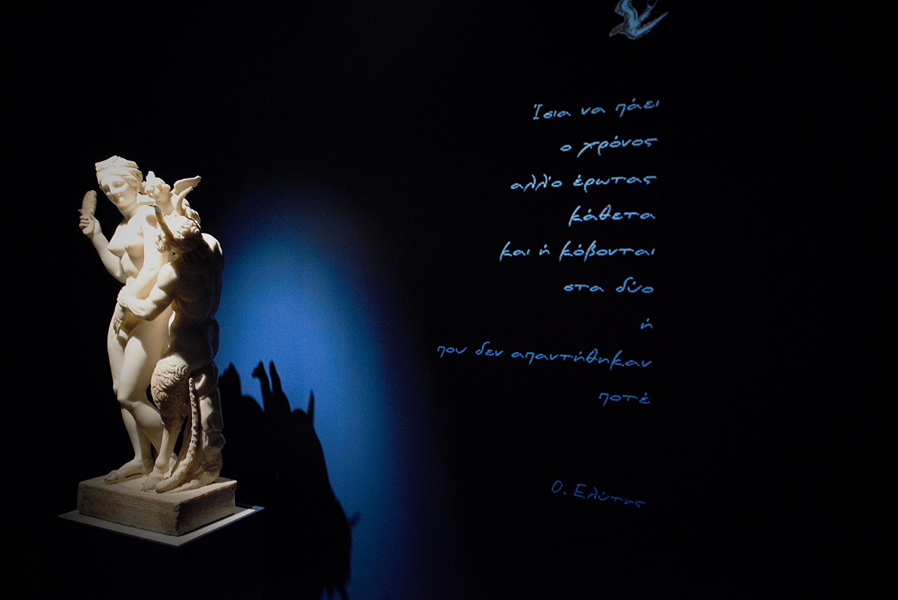 At the same time, the anniversary of the National Archaeological Museum receives honour from great museums of the world that send as “gifts” outstanding works of theirs to be on display in the spaces of the Museum’s permanent exhibition for quite some time.

The Metropolitan Museum of New York, the Badisches Landesmuseum of Karlsruhe, the National Museum of Western Art of Tokyo, the Palace Museum of Beijing, as well as the Greek National Gallery, the Greek National Museum of Contemporary Art, the Alexander S. Onassis Public Benefit Foundation and the University of Heidelberg participate in the celebration with important works from their collections, such as ‘The Thinker’ by Rodin, the Apulian krater that depicts a painter decorating a statue of Heracles using the encaustic (hot wax painting) technique et al. These artworks converse with the permanent exhibits of the National Archaeological Museum and bring forward different aspects of the ancient world along with, its sometimes unexpected, similarities with today.