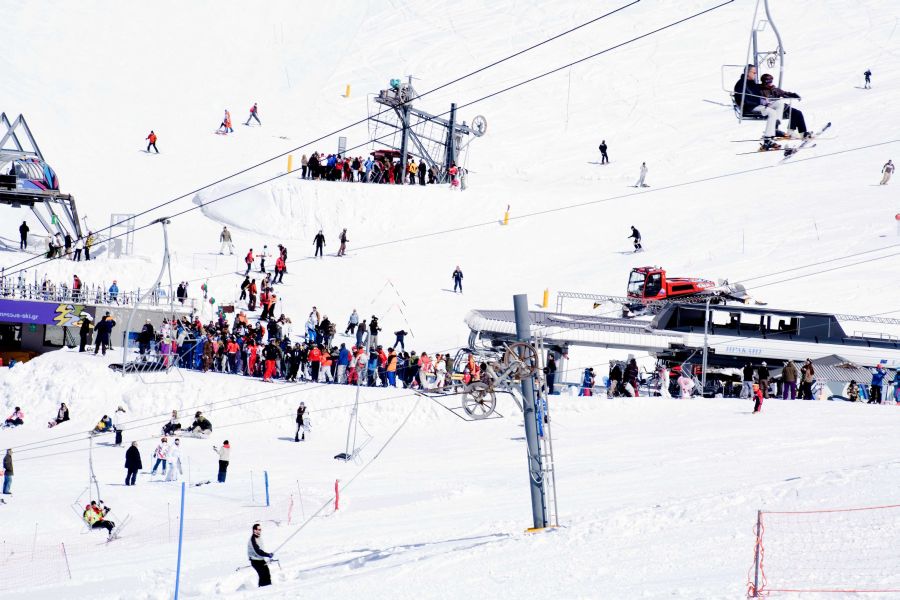 Boosting the tourism appeal of the region of Central Greece through upgrade works at the Parnassos ski center were discussed on Friday during a meeting held at the Tourism Ministry in Athens.

The meeting was attended Alternate Tourism Minister Elena Kountoura, the Secretary General for Tourism Policy and Development Yiorgos Tziallas, the Prefect of Central Greece Kostas Bakoyannis and the chairman and CEO of the Public Properties Company (ETAS) Yiorgos Terzakis.

Minister Kountoura ascertained that the ministry would support tourism upgrade projects in the region, as well as efforts for the targeted and effective promotion of the destinations connected to Parnassos.

During the meeting, proposals to increase visitor traffic to the region and boost the local tourism economy for most of the year were discussed. The proposals included extending the tourism season and the Parnassos ski center operation period, when weather conditions permit it.

Discussions also focused on continuing the ski center’s renovation works that were included in the previous NSRF program under a 1.7 million euro budget but had not been completed, launching a new project involving artificial snow and improving road access to the ski center.

Furthermore, the ministry explored ways to support the tourism campaign of the Region of Central Greece as well as an ad hoc promotion program for Parnassos that will include festivals, cultural and tourism events and a number of other activities.

The mayors of Delphi, Distomo – Arachova – Antikira and of Amfikleia – Elateia as well as municipal and local tourism authorities attended the meeting.