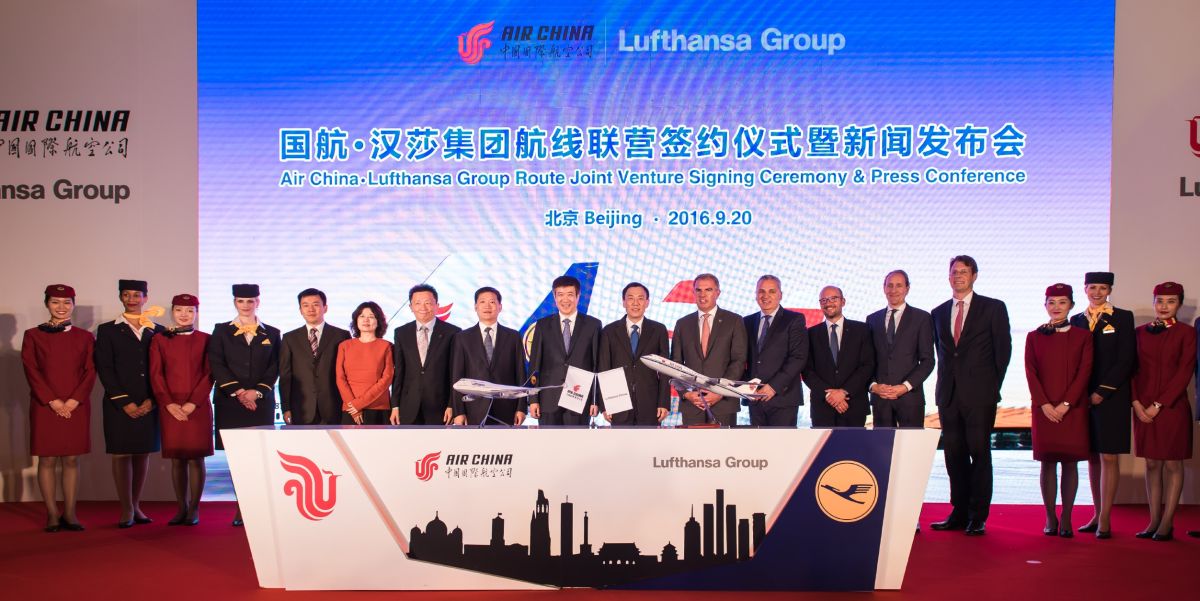 The Lufthansa Group and Air China recently signed a partnership agreement in Beijing that will enable the two aviation groups to jointly operate all connections between Europe and China as part of a commercial joint venture.

The joint venture aims to significantly expand their mutual code-sharing connections and enhance their commercial partnership. 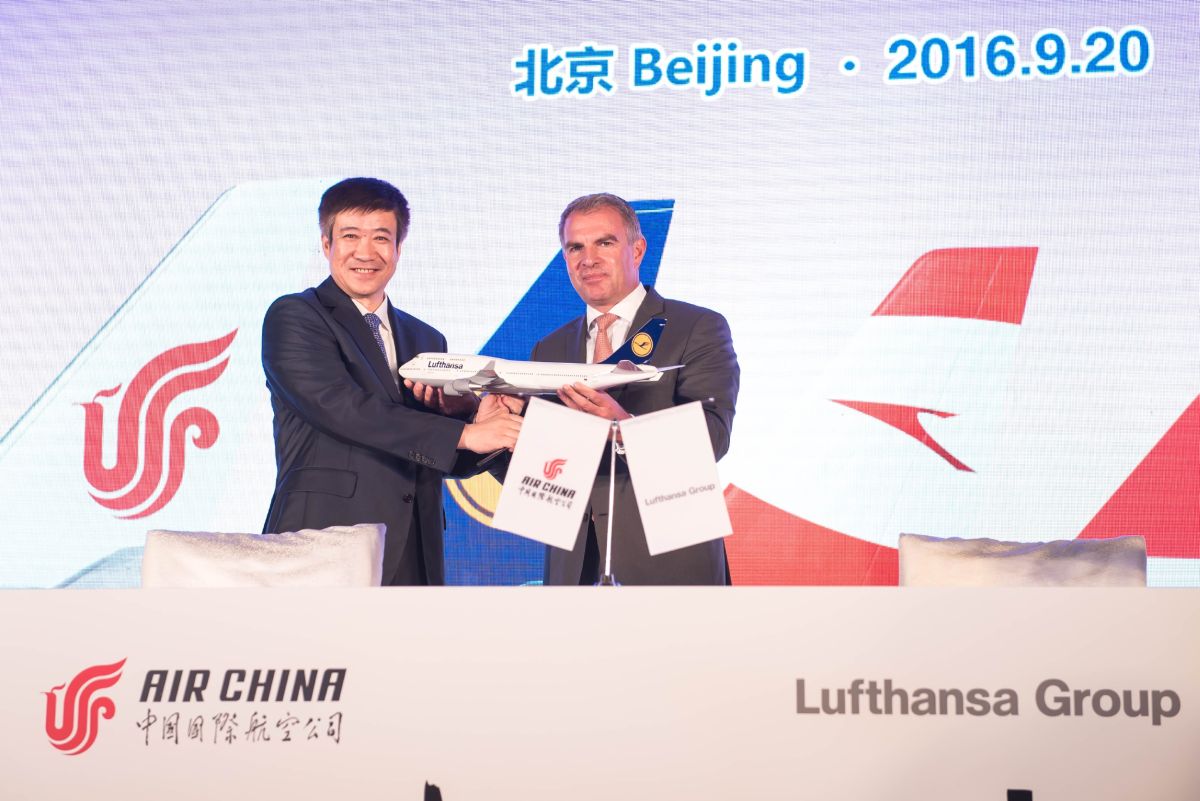 Cai Jianjiang, Chairman of Air China and Carsten Spohr, Chairman of the Executive Board and CEO of Deutsche Lufthansa AG.

“This ground-breaking joint venture will fundamentally strengthen our competitive position on routes between Europe and China. The significantly enhanced partnership will enable us to create additional benefits for customers,” said Carsten Spohr, Chairman of the Executive Board and CEO of Deutsche Lufthansa AG, at the signing of the agreement in Beijing.

Under the joint venture Air China will further expand network coverage in China and Europe, enhance the flight connections in beyond markets and optimize flight schedules, enabling the airline to bring more and flexible flight choices, favorable fare products and seamless travel experiences.

In addition to Lufthansa and Air China, the agreement extends to the Lufthansa subsidiaries Austrian Airlines and Swiss International Air Lines.

The expanded code-sharing connections will enable Air China’s customers to conveniently travel on more code-sharing routes to/from various destinations in Austria, Belgium, Germany and Switzerland via the Frankfurt, Munich, Zurich and Vienna hubs. In turn, Lufthansa, Swiss and Austrian Airlines will gain access via Air China to additional routes in China, the second-biggest aviation market in the world. Further destinations are set to be added soon as part of code-sharing.

“The joint venture with Lufthansa and the Lufthansa subsidiaries Austrian Airlines and Swiss International Air Lines is another major step of Air China’s globalization strategy following Air China’s accession into Star Alliance in December 2007. Both parties can further strengthen our overall competitive edge in both China and Europe”, said Cai Jianjiang, Chairman of Air China.

The commercial joint venture is scheduled to commence at the start of the 2017 summer flight timetable.

Aeromexico to Increase Number of Flights to Vancouver