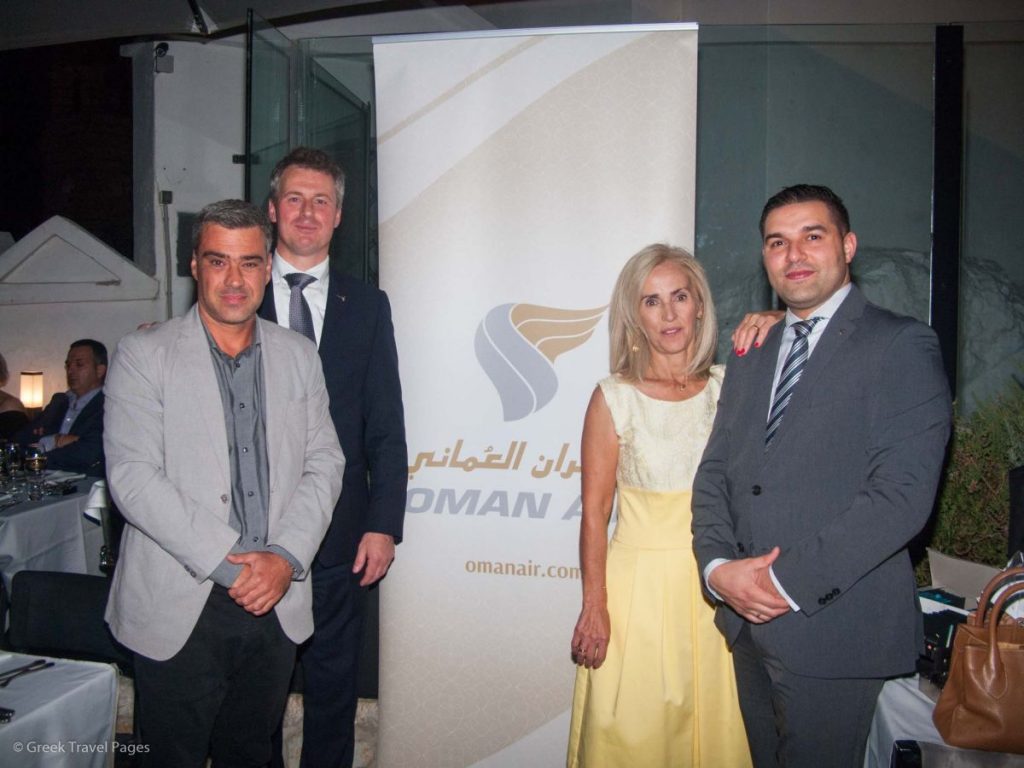 Oman Air, the flagship carrier of the Sultanate of Oman, has appointed Goldair as its General Sales Agent for Greece. The appointment sees Goldair handle the airline’s marketing activities and sales development within Greece.

“Goldair SA has added a new and promising partnership with Oman Air to its roster”, Goldair Group’s managing director, Kostas Tsovilis, told the Greek Travel pages (GTP) during an event held in Athens on Tuesday to introduce the airline to Greek travel agents.

“We are very pleased that such a respected company such as Oman Air has chosen us for its expansion in the Greek market”, Tsovilis said and underlined the importance of opening a new network for Greek travel agents.

Founded in 1993, the airline has since witnessed massive growth and has played a major role in making Muscat an important traffic hub in the Middle East, supporting the commercial, industrial and tourism sectors.

“We want to announce and celebrate that we start a corporation in Greece with our partner Goldair, who will represent Oman Air in this market, because we have an excellent marine fair product launched a half a year ago in the European market”, said Oman Air’s Regional Vice President for Europe, Rogier de Jager, during the event.

The extensive network of Oman Air will greatly facilitate the movement of seamen as well as transport of corporate and leisure passengers.

“Greece is one of the most important offline markets we have for this reason”, added Oman Air’s Regional Vice President for Europe.