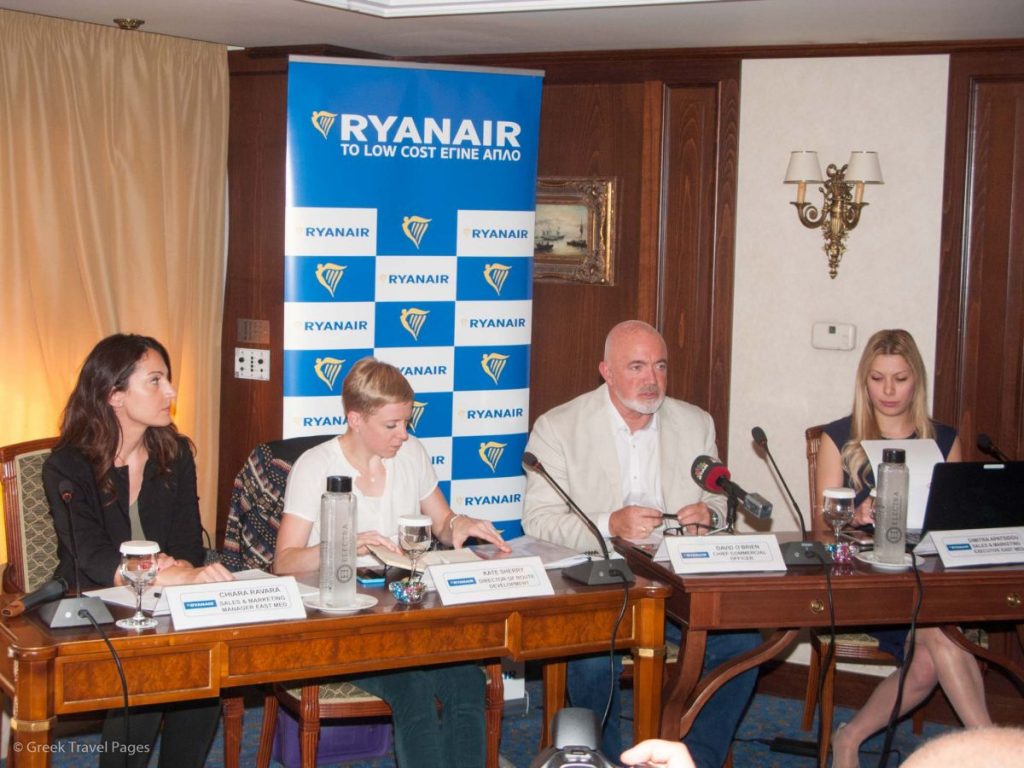 High airport costs in Greece and the indifference shown by the country’s governments to Ryanair’s growth/season extension proposals has forced the airline to reduce seat capacity for Greece by two percent next summer and cancel its connection to the island of Kos, the carrier’s chief commercial officer, David O’Brien, said on Tuesday.

“Unfortunately Ryanair’s (26) proposals to extend the tourism season were rejected by the government and we are now focusing on our growth in the high summer season”, O’Brien said while announcing the summer 2017 schedule for the Greek capital during a press conference in Athens.

According to O’Brien, Ryanair until now has sent 26 letters to the current Greek government (as well as to the previous ones), for growth opportunities in Greece. The letters included a 10 million traffic growth proposal, a season extension offer in Chania, an airport capacity study offer and a proposal to extend flights to Kos in September and October.

“If they choose to ignore the largest airline in Europe, it’s their right”, O’Brien said adding that the company’s move to cancel Kos flights and reduce airline seats was not a “punishment” to the Greek government. “We have to make capacity allocation decisions”, he said. No flights to Kos in summer 2017 translates into a loss of 126,000 passengers for the island, according to the carrier’s data. 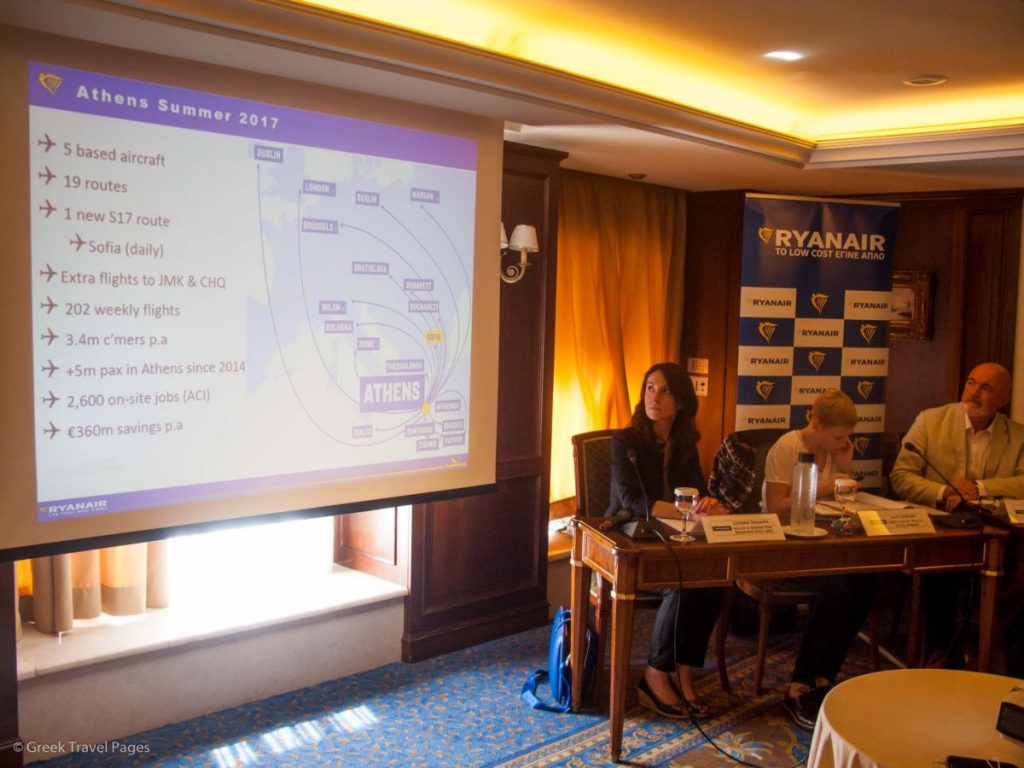 As announced at the press conference, Ryanair’s Athens 2017 summer schedule includes 19 routes in total, a new daily flight to Sofia and additional flights to Chania and Mykonos. According to the carrier, its summer schedule will annually deliver 202 weekly return flights and some 3.4 million customers to Greece.

When commenting on the high costs at Athens International Airport (AIA), O’Brien referred to Ryanair’s growth plan for Italy next year — since the Italian government has decided to not raise airport taxes — that includes 44 new routes and the use of 10 additional aircraft.

“Athens next year will only see eight new routes as we will stay on the same levels of 2016”, O’Brien said adding that flights to the Greek capital are expected to increase by a mere one percent.

On the other hand, he informed that the carrier’s 2017 summer schedule for Thessaloniki includes 21 routes (four new) that should lead to a 14 percent increase in the number of flights at Macedonia Airport, which is not as expensive as AIA.

Ryanair supports the extension of the Greek tourism season through partnerships

Moreover, O’Brien informed on a new partnership between the airline and the Greek National Tourism Organization (GNTO).

“We are pleased to launch our first formal collaboration with the GNTO, which will assist to promote Greece as an ideal holiday destination in late summer and early autumn and for short breaks”, he said.

The campaign of the GNTO and Ryanair will focus on the promotion of Greek destinations and the increase of bookings through a series of innovative digital activities through the GNTO’s new online magazine and Ryanair’s website.

The Irish carrier is also supporting the extension of the Greek tourism season as the official airline carrier of the “Santorini Experience” sports tourism event to take place on October 7-9.