Nelios team with digital influencers Irene Khan and Melanie Martins during their recent visit to Greece.

Athens-based digital tourism expert Nelios is aiming to push the Greek tourist product as far as it can through a series of collaborations with online networks and digital influencers.

Among its latest tourism-related endeavors, Nelios organized fam trips aiming to raise brand awareness of its client hotels by tapping into its extensive media network, which includes CNN Travel, Daily Telegraph, Harper’s Bazaar and Travel & Lust, as well as a number of digital influencers. 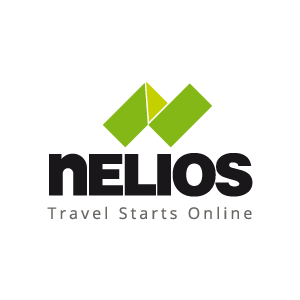 “It is very important to enhance a hotel brand by promoting it across different channels. We aim for partnerships that can provide real value and credibility to our client hotels but also to showcase the beauty of our country with the aim to create a comprehensive communications strategy,” Nelios CMO Vassilis Polyzos said.

Seeking to provide the most reliable and effective solution for the strategic positioning of travel businesses on the Internet, Nelios offers clients access to a dynamic and influential media network.

In the meantime, nelios.com has since its inception collected a number of awards for its marketing strategies in tourism, boasting some of the biggest names in the tourism market as its clients, including the Poseidonion Grand Hotel on Spetses, the Marquis Luxury Resort on Rhodes, and the Grand Forest in Metsovo, among many others.