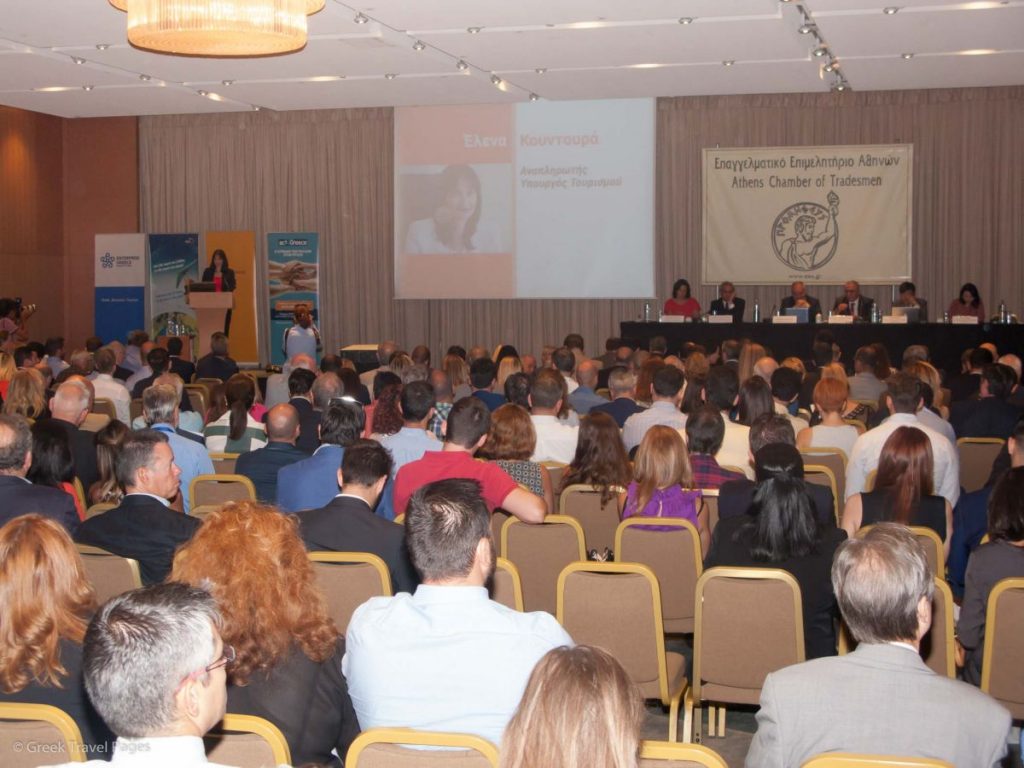 Alternate Tourism Minister Elena Kountoura presented the opportunities of cooperation between Greece and China in the tourism field, while speaking at the “E-commerce Gateway to China” event held by the Athens Chamber of Tradesmen on Wednesday.

The event was held by the chamber in order to bring together Greek trade and tourism entrepreneurs, keen on opening up to the Chinese market, with representatives from the world’s largest e-commerce group, Alibaba.

During her speech, Minister Kountoura applauded the chamber’s initiative, which opened new prospects for tourism, cultural and economic cooperation with China.

“We support extroversion and encourage strategic partnerships that not only bring financial benefits but also promote the understanding, progress and prosperity of the peoples”, she said, adding that the Alibaba online platform will give Greek tourism professionals the opportunity to enter into partnerships in China and therefore boost their sales.

The Chinese online sales platform, serving some 10 million small business customers and 423 million users, aims to offer services to Greek exporters interested in expanding into the Chinese market with standard products for end consumers as well as tourism offerings, among others.

‘Greece is an attractive tourism and investment destination’

Tapping into new markets is among the top priorities on the agenda of the Greek Tourism Ministry. According to Minister Kountoura, the ministry’s approach to the Chinese market since last year is already bearing fruit as Greece is counting more Chinese tourists in 2016.

“Greece is an attractive tourism and investment destination”, Minister Kountoura said and invited the Chinese to visit Greece and explore the important opportunities for investments and partnerships in the country’s tourism market.

Ms. Kountoura also spoke in regards to the ongoing efforts to upgrade air connections and establish direct flights between Greece and China.

“The establishment of direct flights — either charter or scheduled — is the key to tourism development”, she said.

Moreover, Ms Kountoura said that the ministry is interested in attracting more TV and film productions to the country to widely showcase Greece and its destinations to the Chinese market.

“The recent Chinese productions in our country (such as the romantic comedy Beijing Love Story) have brought results”, she said.

During the “E-commerce Gateway to China” event, the president of the Athens Chamber of Tradesmen, Ioannis Chatzitheodosiou, released data which revealed that the Chinese outbound tourism market is booming.

According to the data, last year the United States welcomed some 2.6 million Chinese visitors with an average spending of $10,000 per person.

“Just imagine if Greece attracted one million Chinese tourists as opposed to the 120,000 currently,” Chatzitheodosiou said.