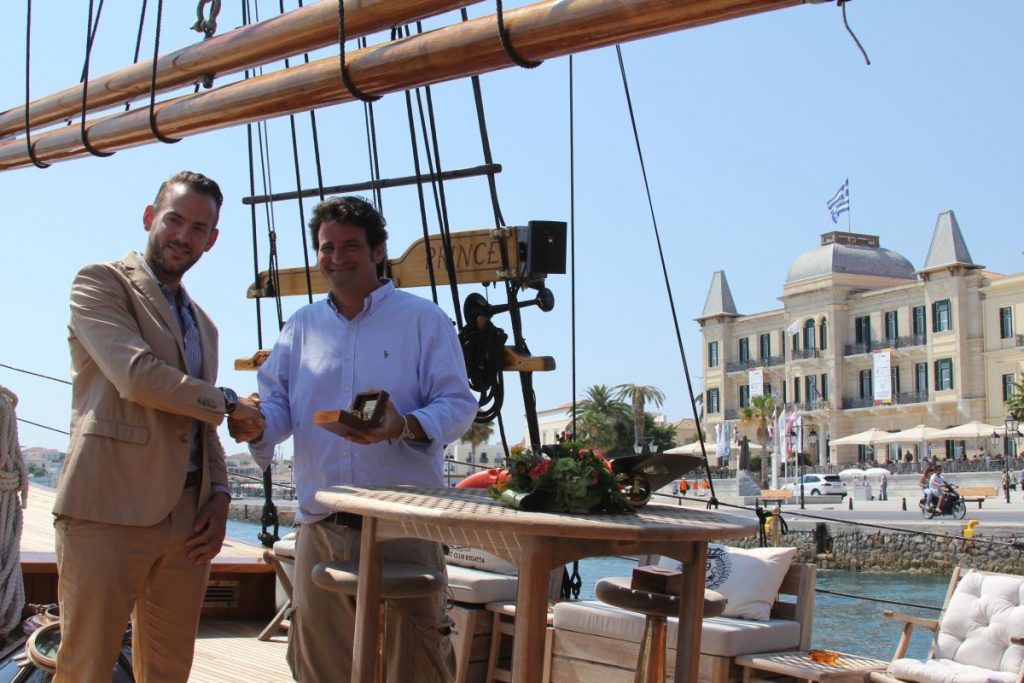 Spetses’ landmark Poseidonion Grande Hotel has teamed up with the Kivotos Mykonos to establish a network of hospitality and tourism establishments seeking to promote best practices.

The new platform will operate as a channel for the exchange of new hospitality practices as well as ways to best showcase the unique cultural offerings of each region.

To mark the beginning of the cooperation, the Kivotos sent its 25-meter schooner, the Prince de Neufchatel, to Spetses, where it is moored in front of the Poseidonion Grand Hotel.

“The ‘Prince’s’ voyage marks the beginning of a promising cooperation and we believe it will serve as the springboard towards the expansion of the platform,” said Kivotos manager Jason Michopoulos.

“Opening to possibilities and partnerships is a key factor of healthy competitiveness and we are confident that the inclusion of other businesses and organizations in this coalition can only produce positive results for both tourism and visitors,” added Antonis Vordonis, CEO Poseidonion Grand Hotel.

Both the Poseidonion Grand Hotel and Kivotos are active in the promotion of local traditions and culture. Indicatively, Kivotos has worked towards the promotion of the islet of Delos and through its Kivotos Art Projects has introduced contemporary Greek artists as well as cooperating with local craftsmen to promote Mykonos’ arts and crafts including its lace works.

Poseidonion Grand Hotel, meanwhile, supports a wide variety of cultural and sports initiatives including the annual Spetses classic car rally, the Tweed Run as well as backing many local exhibitions.