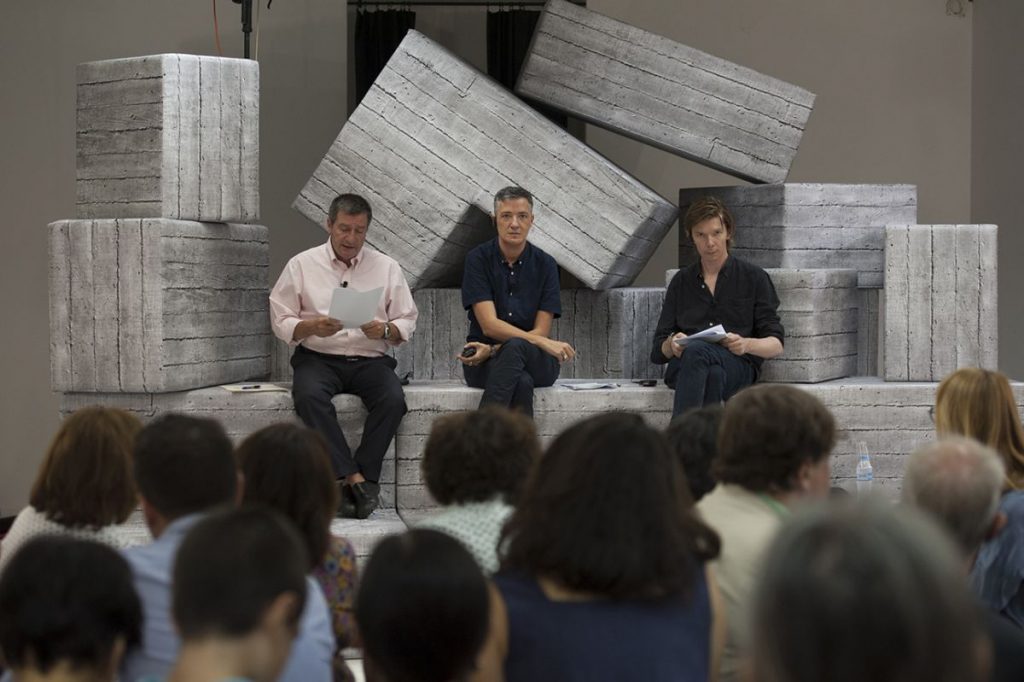 The City of Athens is officially counting down to one of the art world’s most prestigious events set to take place in the Greek capital in April 2017. Athens will co-host for the first time in six decades the “documenta” exhibit, which kicks off in 2017 on April 8 and runs through to July 16.

Athens Mayor Giorgos Kaminis presented the program to the press on Tuesday, together with the show’s art director Adam Szymczyk. For the first time since its inception in 1955, the contemporary art “documenta” exhibit, which has to this day been exclusively held in the German city of Kassel, will be jointly hosted by a second city. The show will open in Kassel on June 10 and run through to September 17.

Describing the “documenta 14: Learning from Athens” exhibit as a “multiple challenge”, Mayor Kaminis said that hosting the international exhibition is a “gift for our city… which will leave a legacy for Athens”.

“Athens,” Mr Kaminis said, “is evolving into a contemporary art and culture destination… and it is with this in mind that we are shaping our strategy, adding to our Classical heritage, a strong contemporary cultural agenda”.

“Our goal from the beginning was to work together with public entities and city organizations. We have already concluded many such partnerships, and cooperation on this level continues to be open to all,”  Mr Szymczyk added.

Greek carrier Aegean Airlines will be supporting the event by launching direct flights between Athens and Kassel from March to June. The event is also backed by Athens International Airport, the Greek Tourism Confederation (SETE), Marketing Greece and the Athens – Attica & Argosaronic Hotel Association.

Thessaloniki Metro on Track, Expected to be Ready by 2020

Greece’s Preveza Gets Seaside Opera House Made of Empty Cans