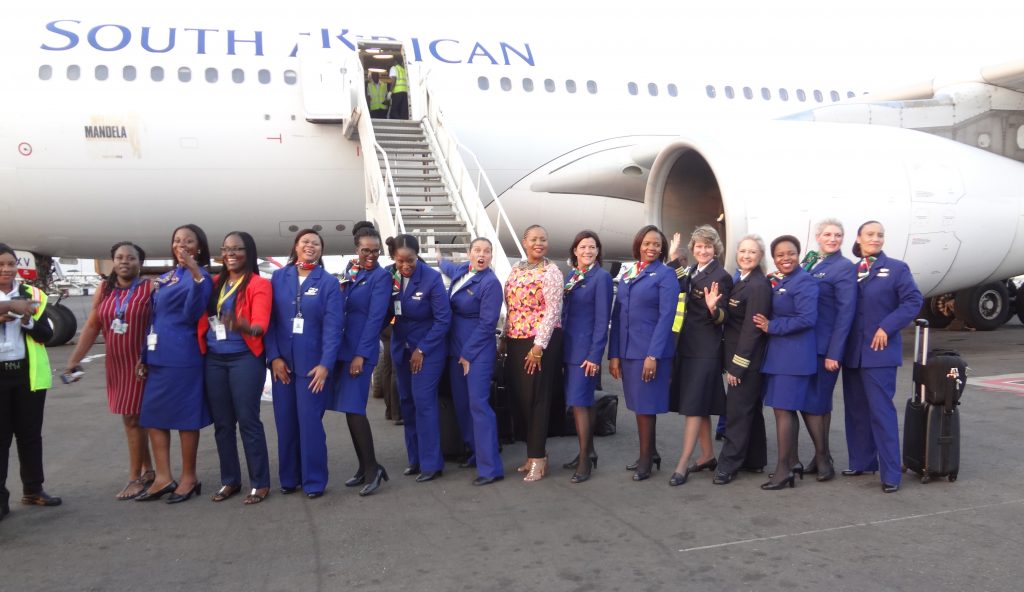 SAA offers the flights four-days per week and handles passengers bound for North America, South Africa and Ghana on its flagship Airbus A340 and A330 aircraft. To mark the occasion, SAA will host stakeholders and patrons in Ghana at a stakeholder’s dinner.

“On the first anniversary of the route, it is important to acknowledge the contribution of our stakeholders, especially the Ghanaian government in contributing to the success of the route. Key to the celebration event is a high level meeting with the Ghanaian Minister of Transport to discuss future collaboration in support of SAA’s Africa Growth Plan,” said Tlali Tlali, SAA spokesperson.

In the meantime, SAA commemorated women’s month [South Africa commemorates Women’s Month in August as a tribute to the more than 20,000 women who marched to the Union Buildings on August 9, 1956 in protest against the extension of Pass Laws to women. The government of South Africa declared August women’s month and August 9 is celebrated annually as Women’s Day] with flight SA 056 from Johannesburg to Accra operated by an all-female crew.

“Women are significantly underrepresented in many of the areas in this industry, hence SAA organised the all women operated flight in celebration of women achievement in this industry, as well as an encouragement for other women to join the Aviation Industry and take up careers as Pilots, Ground Engineers, Load Controllers, Flight Dispatchers, Operations Controllers and Ramp Agents,” said Zuks Ramasia, SAA’s General Manager Operations.

South African Airways is Africa’s leading carrier, serving 74 destinations from its Johannesburg hub. A Star Alliance member, SAA is the winner of the “Best Airline in Africa” Award in the regional category for 14 consecutive years.