Greek Visas to Russian Travelers on the Rise 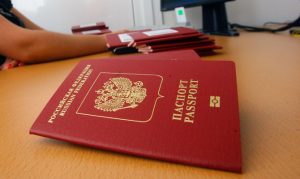 There may have initially been some glitches to the visa process for Russian travelers to Greece, but the procedure is now as prompt as ever with the number issued between January and July 2016 up by 11 percent compared to last year.

For June and July, Greek authorities were able to issue visas within 24 hours making Greece the Schengen Zone country with the speediest procedure, boosting Russian tourist arrivals meanwhile by 7.7 percent to 162,000 in the first half of the year, according to the Bank of Greece.

According to interior ministry data, the number of visas issued by the Greek consular services in Russia will have increased by up to 15 percent in the first eight months of the year.

In efforts to win over the Russian market, Greece issues multiple entry visas applicable for one to three years and expected to bring in even more tourists from Russia in 2017.