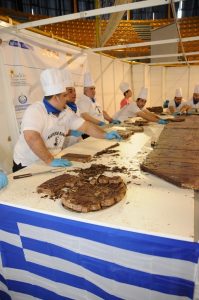 The Xanthi Chamber of Commerce and a group of local confectioners and patisseries created the biggest “carioca” (or karioka) and the Greek sweet made its way to Guinness World Records.

Xanthi, northeastern Greece, is well knows for its “carioca”, a chocolate bite with bitter-sweet flavor and crushed nuts at the centre.

“The largest Greek carioka cake is 383 kg (844 lb 5.92 oz) and was achieved by Xanthi Chamber of Commerce and a team of local confectioners and patisseries (all Greece), in Xanthi, Greece, on 30 March 2016″, according to the Guinness World Records official website. 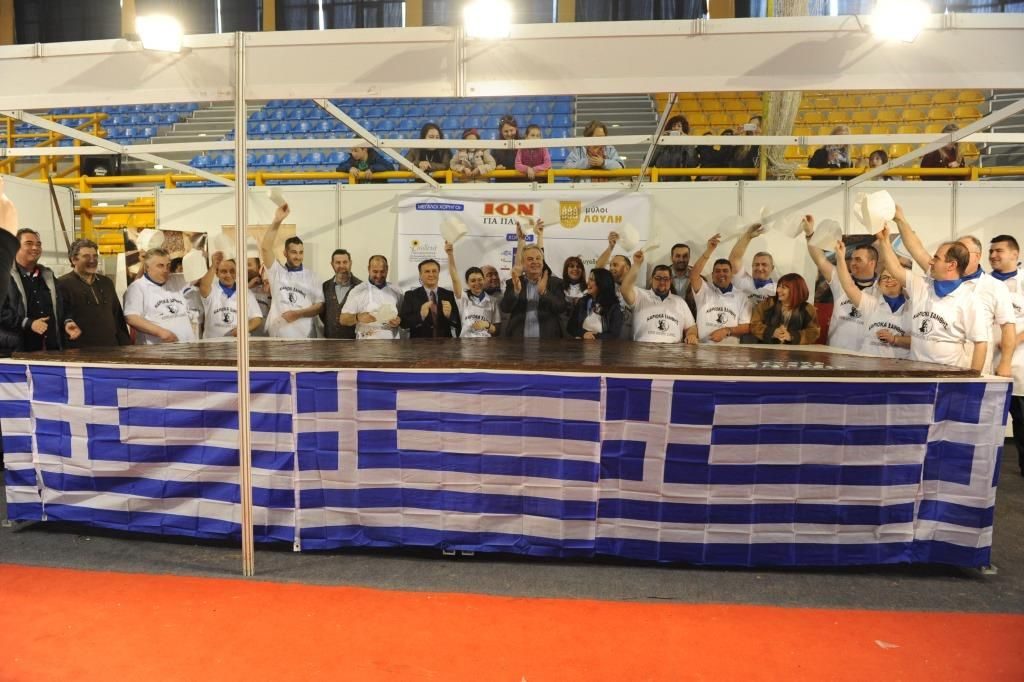 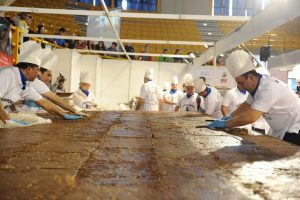 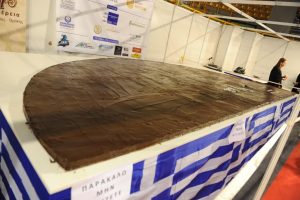 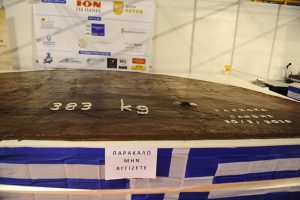 The creation of the world’s largest “carioca” took place during the 2nd Panhellenic General Exhibition of Xanthi, organized by the chamber and held under the auspices of the Region of Eastern Macedonia – Thrace, which opened on March 30. On the last day of the exhibition the sweet was distributed to visitors.

The “carioca” sweet has dominated the local dessert market for some 85 years.