Tourism traffic for August is picking up pace particularly in mainland Greece destinations while British travelers are still hitting Greek shores despite Brexit fears and the devaluation of the pound against the euro.

“July was not a very good month but August made up for it,” Dimitris Pollalis, president of the Laconia Hotel Association, told Greek financial daily Naftemporiki.

“There were no vacancies, very high occupancy rates, many people touring the area and demand appears to remain high for September too,” he adds. 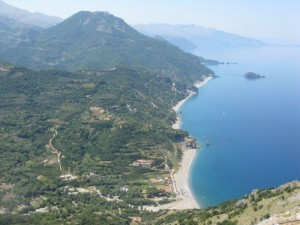 Evia hoteliers concur, with the president of the association there, Militadis Helmis, saying occupancy rates have increased and more foreign tourists are visiting the island due to the wide variety of alternative sports options on offer.

At the same time, however, hoteliers across mainland Greece are pointing to a drop in domestic tourism with the number of Greek vacationers dwindling and the spending dropping even more.

“Consumption has dropped as in most parts of the country. In the past, people would come to a hotel for a meal or a coffee whether or not they had room. This doesn’t happen anymore,” Aitoloakarnania Hotelier Association President Christos Kostakopoulos adds.

In the meantime, Brexit fears haven’t as yet affected tourism to Greece. “Arrivals from Britain seem to be going very well and we haven’t seen a changing trend after the referendum. There seem to be no problems in bookings and arrivals since Brexit has been postponed for the future,” said Yiannis Retsos, president of the Hellenic Federation of Hoteliers.

Mr Retsos added that it was too soon to gauge next season’s traffic without knowing the pound-euro exchange rate.