The capital of Syros and of the Cyclades, Ermoupolis (or Hermoupolis) marks its 190-year anniversary with three days of celebrations on August 26-28.

The city, which was given its name in 1826, 190 years ago, marks the occasion with three-day festivities including history exhibitions featuring documents, books, photographs and clothing; documentary screenings, as well as re-enactments of the first Syros settlers arriving to the island and the official naming of the city in 1826.

The first major port of the Modern Greek state, Emroupolis is known both for its neo-classical buildings and old mansions as well as for its contribution to Greek culture serving as the leading commercial, industrial and financial center of 19th-century Greece.

At the same time, due to its location, Syros grew into a maritime crossroads, serving as a secure shelter during the Greek Revolution in 1821 and thus attracting Greek refugees from Asia Minor, Chios, Spetses, Psara, Aivali, Smyrna, Kydonia and Kassos among others. 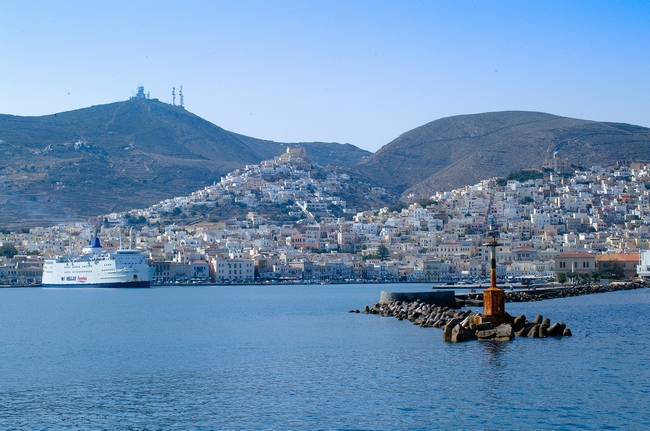 The celebrations come to a close with presentations and performances promoting the works of prominent Syriots, including playwrights, poets, writers, and a concert of works by Syros-born poet and lyricist Manos Eleftheriou performed by the Cyclades Orchestra.

The events are organized by the Lyceum Club of Greek Women – Syros annex with the support of the Syros – Ermoupolis municipality, the South Aegean Region and the Holy Metropolis of Syros.