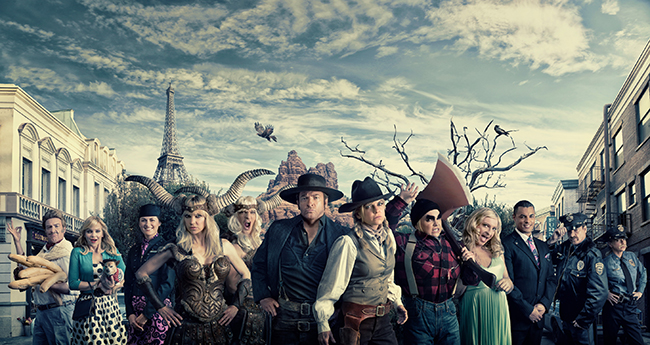 The video, shot at Warner Bros. Studios in Los Angeles, explores several different Hollywood film genres as Darby tries to convince the star of the hit TV show Mom and the Scary Movie films to play a role in Air New Zealand’s new safety video with him.

“I really wanted to be part of this project because Air New Zealand has really redefined safety videos with its fun and creative approach”, said Anna Faris.

“It’s so easy to tune out when watching a traditional safety video, so it comes as such a delightful surprise when you get something that’s really fun and funny.”

Safety in Hollywood was filmed at four different sets at Warner Bros. with some of the filming locations seen in legendary movies such as Jurassic Park, Casablanca, War of the Worlds and TV series True Blood. More than 20 extras were also involved, including Chester the Chihuahua, who has appeared in Transformers and Grey’s Anatomy.