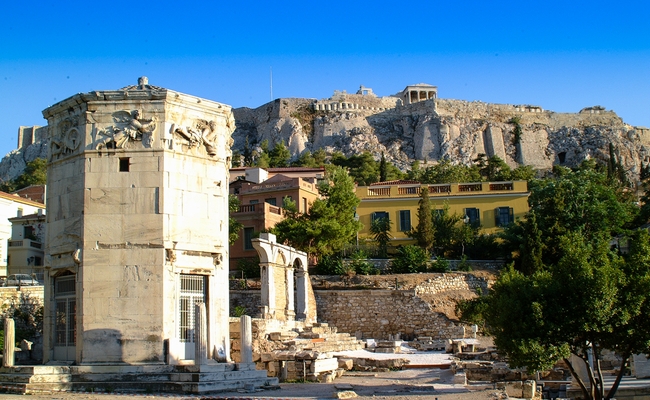 The 2,000-year-old marble clocktower known as the “Aerides” (meaning winds) in the heart of Athens, in the Roman Agora just north of the Acropolis, will open to the public following extensive restoration works, the Greek culture ministry announced recently.

One of Athens’ leading monuments, the 12-meter-tall “Tower of the Winds”, which came to light in the 19th century following excavations by the Archaeological Society of Athens, is an octagonal time-telling structure (“horologion”) made of Pentelic marble designed by Macedonia-born astronomer Andronicus of Cyrrhus in the 1st Century BC.

Once topped with a bronze figure of a Triton, rod in hand, pointing in the direction of the wind, the “Aerides” construct also includes eight sundials, a water clock, a planetarium-like mechanism and a wind vane.

Restoration works, which include a frieze depicting the eight wind gods, were overseen but the Athens Ephorate of Antiquities and funded by the EU’s National Strategic Reference Framework (NSRF).