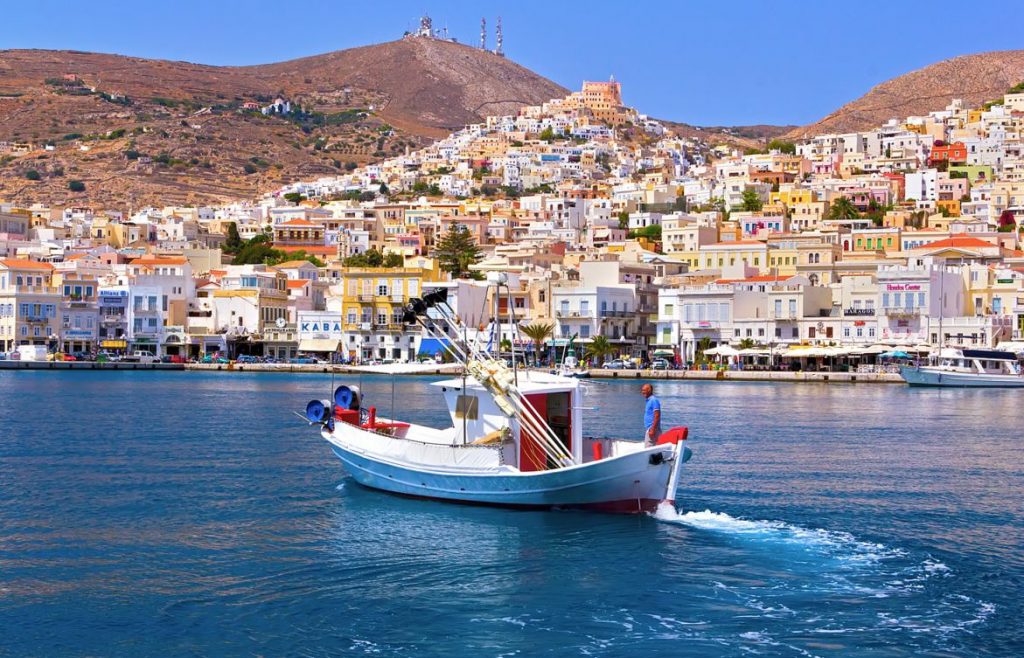 The port of Syros. Photo by Theodoros Georntamilis

For the second year running, the Syros City Trail is taking place on the island of Syros. The aim of the run, which will be held on September 3 this year, is to promote the historical and cultural heritage of Ermoupoli, the capital of Syros, via major attractions along the running routes.

By running in the “Syros City Trail 2016” participants will discover an island where Greek tradition and western influence are successfully combined. Syros is one of most interesting islands of the Cyclades due to its glorious past and unique combination of the Greek Classicism and Rennaisance styles, the Cycladic culture and its Roman Catholic and Orthodox history. 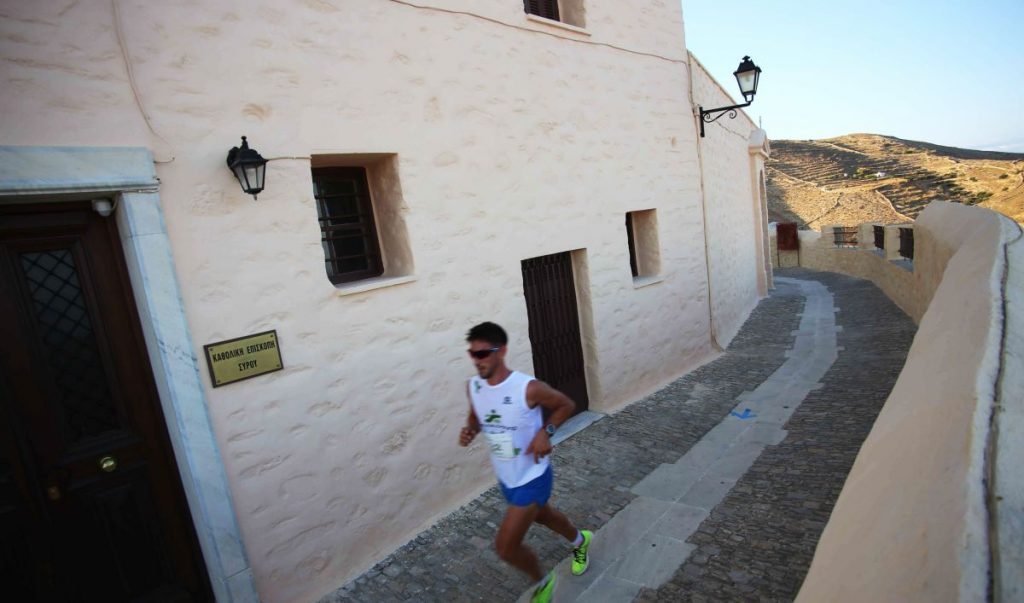 Participants, professional and amateur runners, can choose one of three routes: A 10k route for experienced athletes, a 4k route for new runners and a 1k route for kids.

4k Race: The length of the shorter route is 4km with elevation of 155m. 98% of the terrain consists of stone paved alleys and 1,800 steps. The start time is at 5:30 pm in the Town Hall Square (Miaouli Square).

1k Race (Kid’s race): The length of the children’s route is 1km with elevation of 16m. 98% of the terrain consists of stone paved alleys and a few steps. The start time is at 4:45 pm in the Town Hall Square.

* The Kyveli Institute is at Leonidou Street 4, in Agios Nikolaos, Ermoupolis

After Party at Asteria Beach, Syros.

For further information, check out the event’s Facebook page.

Athletes from abroad can book their participation here.

The Greek Travel Pages (GTP) is a media sponsor of the 2nd Syros City Trail.

A few words about Syros

Ermoupoli (meaning “the city of Hermes”) is the capital town of Syros and was the first important trade and industrial centre of the country in the 19th century. Evidence of this glorious past is apparent on the public buildings (City Hall, Customs Office, “Apollo” theatre), the neoclassical houses and the beautiful squares. Due to its economic activity, Ermoúpoli has been called the “Manchester of Greece” and the history of its years of blossom is exhibited in the Industrial Museum.

Syros is also well-known for its gastronomic delights. Halva pie (a pie made of thyme honey and roasted almonds), loukoúmi (a delight made of water, starch and sugar), “loosa” ham, fennel sausages and the San Mihalis spicy cheese (appellation d’origine contrôlée/”protected designation of origin”) will no doubt satisfy even the most demanding taste buds.

Golden sand and transparent waters await all swimmers on the beaches of Syros. All visitors will find their ideal swimming paradise, whether looking for organized beaches, like Galissas and Azolimnos, or private beaches offering isolation.