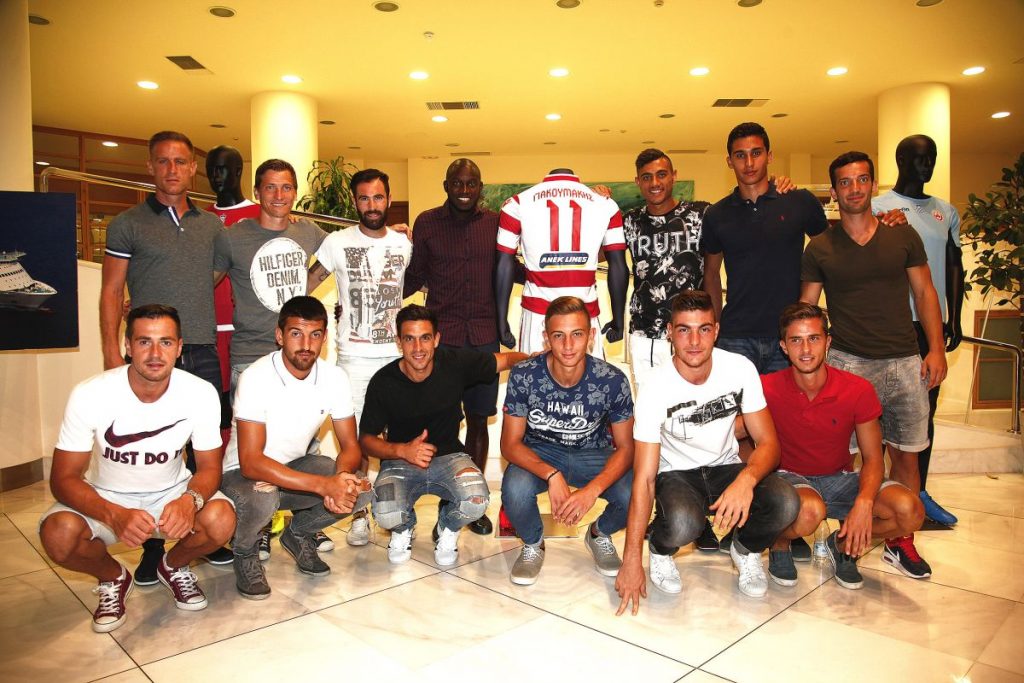 Players of Platanias team with their new uniforms.

During the new Super League 2016/17 season, the Platanias team will take the field in shirts that feature ANEK’s logo.

Speaking during a special event held at the company’s congress centre in Chania on August 8, ANEK President Yiorgos Katsanevakis congratulated the team for its worthy ascent to the Super League. “It is an honor and pleasure for ANEK to “sail together” with Platanias, which is the only Cretan football representation in the Super League”, he said.

“Platanias sees that it is not alone in its yearly efforts to have a better presence in the Super League”, the president and CEO of Platanias FC, Manolis Mathioulakis, said and thanked ANEK for its valuable support. 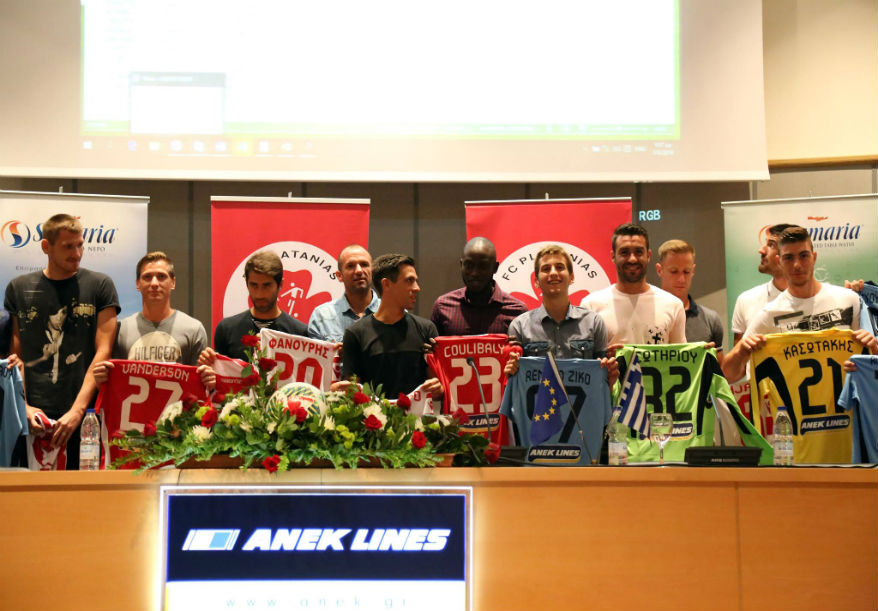