International tourist arrivals to Greece this year by all means of transport (road, air, sea, except cruise) are expected to increase by 6 percent to exceed 25 million, the Institute of the Greek Tourism Confederation (InSETE) said in its first issue of a new series of studies entitled “Greek Tourism – Developments & Prospects”, released on Wednesday.

The increase in arrivals this year is expected to generate expenditure of 14.55 billion euros, an increase of 6.4 percent. 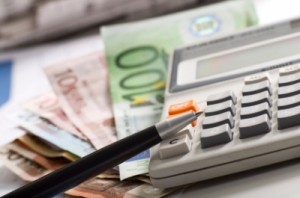 However, the report notes that additional tax charges of the past 12 months has caused the competitiveness of the Greek tourism product to drop more than 10 percent.

According to InSETE’s calculations, excessive taxes — both indirect and direct — remain a negative factor in the development of tourism and the economy in general.

More into the study, in many respects, the geopolitical environment in the Eastern Mediterranean region and the crisis in the relations between Russia and Turkey have a positive impact on Greece’s tourism. This, however, was not the case in the fourth quarter of 2015, when tourist arrivals from key markets were down.

The refugee situation on the Greek islands also had a negative affect on tourist arrivals to Greece in the fourth quarter of 2015, as well as on the arrivals and bookings in the first quarter of 2016.

According to the report, the completion of Greece’s first bailout program evaluation by international creditors, which unlocked the tranche of 10.3 billion euros, is expected to have a positive impact on the Greek economy and tourism, both in the remainder of 2016 and in the following years.

In addition, the report underlines that the political turmoil in Greece during the September 2014 – July 2015 period and the current uncertainty in the economy have negatively affected, but not reversed, the economy’s growth prospects.

By 2021, SETE is aiming for Greece to attract 35 million tourists, 250 million overnight stays and 20 billion euros of direct revenue.

The confederation’s growth-oriented strategic plan (roadmap) for Greek tourism had first aimed to attract 21 to 22 million tourists in 2021. The target later increased to Greece welcoming 24 million and the new goal is for the country to attract 35 million visitors, since last year Greece saw 23.6 million foreign tourist arrivals.

The report underlines that any increase in arrivals and revenue from inbound and domestic tourism in Greece will be determined primarily by the enrichment and diversification of the country’s tourism product and increase of offering internationally competitive tourist services in the country.

Meanwhile, customer satisfaction of services in Greek hotels is significantly higher than it is in international rival destinations. On the other hand, Greek tourism is facing serious problems with the quality services at regional airports, ports and many roads outside the motorway and in regards to the responsibilities of local authorities (cleanliness, green spaces, etc.).