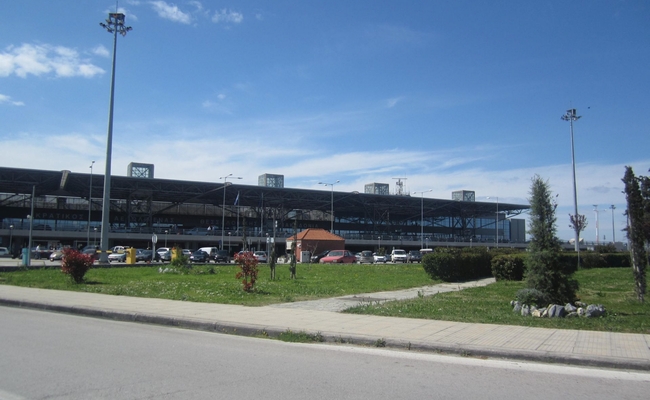 The event was attended by over 50 airline representatives and associations, and included the presentation of infrastructure works underway — due to be completed by 2018 — at Thessaloniki’s Macedonia airport as well as the German company’s future plans.

Fraport management said the system would be implemented at all airports under the concession deal, which foresees the payment of 1.234 billion euros in capital and an annual rent of 22.9 million euros on top of EBITDA yields.

The German company’s aim is to double incoming traffic to Macedonia Airport from the current 5 million in 2015. Main advantages of the airport are its close proximity to a number of major tourism destinations in Greece, including Mt Olympus and Dion, Vergina, the highly popular Halkidiki peninsula and the independent monastic state of Mount Athos.

The 14 regional airports besides the one in Thessaloniki to be managed by Fraport are in: Aktion, Kavala, Chania on Crete, Corfu, Kefalonia, Kos, Mykonos, Lesvos, Rhodes, Samos, Santorini, Skiathos and Zakynthos.