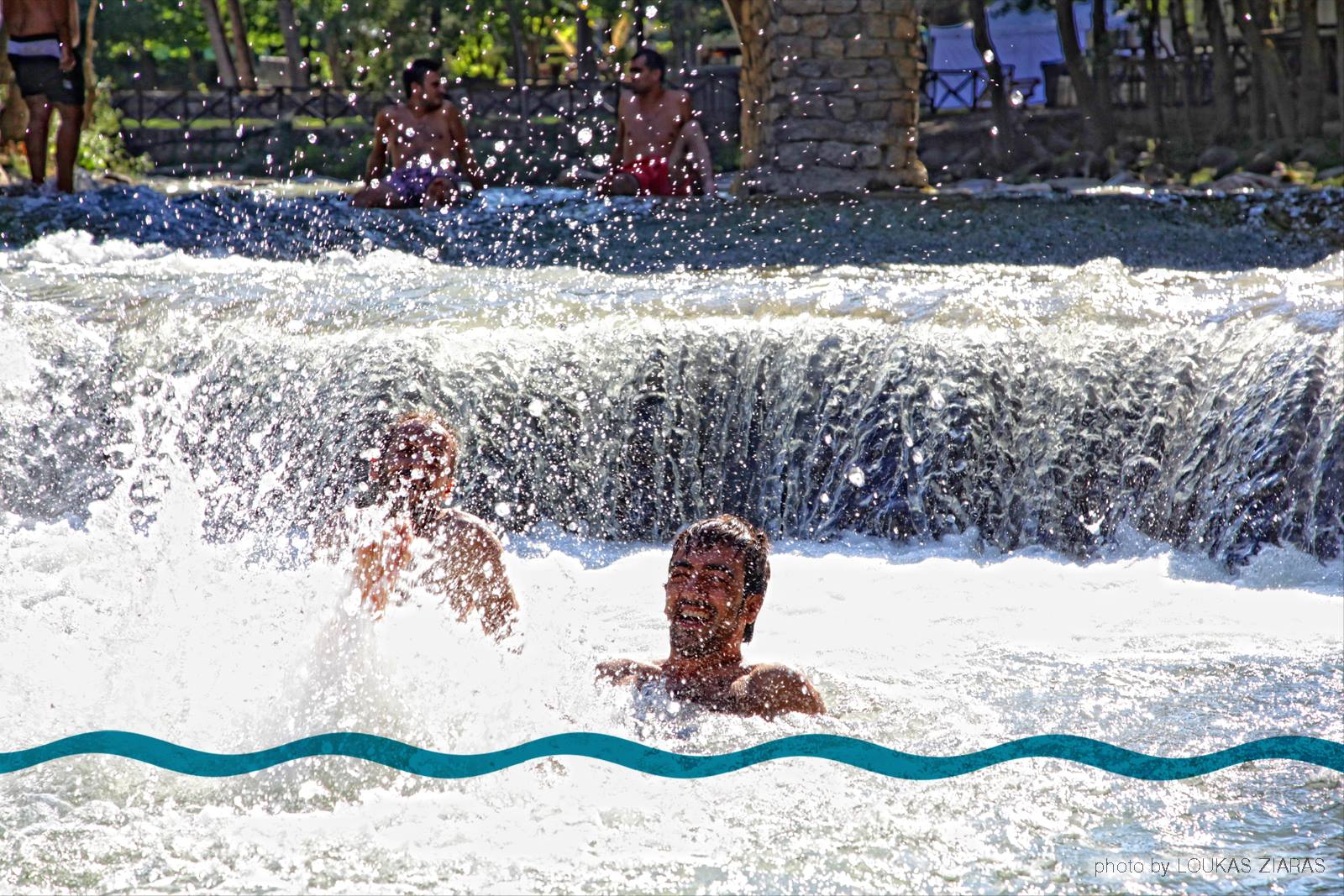 It’s time to chill out with plenty of music, fun and friends at the historic 38th River Party at Nestorio, Kastoria in northern Greece, where the pulsating energy of thousands promises to keep you footloose and worry free for five whole days on August 3-7.

The annual event, which has evolved into an institution, features a week full of concerts, events and happenings by the riverside, at the Jungle or Tequila stages, at the Indian Village, Hawaii or Paradise… with thousands of participants camping out in the open. One of the longest-running festivals in Greece, the River Party is set up alongside the Aliakmonas River every summer featuring some of the top names in Greek music.

What started off as a group of friends, an idea and a popular band – Trypes – playing on stage with borrowed electricity from a nearby outlet, has become a fully-fledged music festival featuring this year Ble, Michalis Hadjiyannis, Gadjo Dilo, Matoula Zamani, Locomondo, Yannis Haroulis, Socratis Malamas and Alkinoos Ioannidis among many others, representing not only the up-and-coming acts of Greek popular music but also veteran performers who have left their mark.

Attendance reaches some 50,000 annually, Nestorio can host some 8,000 campers and the event has been voted among the Top 12 European festivals.

According to River Party creative director, George Isaak, the whole idea is within five days to “leave all your concerns behind and feel the vibe of the thousands of people who are there to do the same thing”.

The event plays a significant role as main tourism attraction in August, bringing in considerable revenues for the region and local economy. Foreign interest in the River Party has begun to pick up pace with tour operators from Turkey and the UK expressing interest.

If you love camping, or prefer to rent a room, love music and want a feel of Kastoria’s spectacular natural surroundings by the river then the 38th River Party is the place to be. More info here.