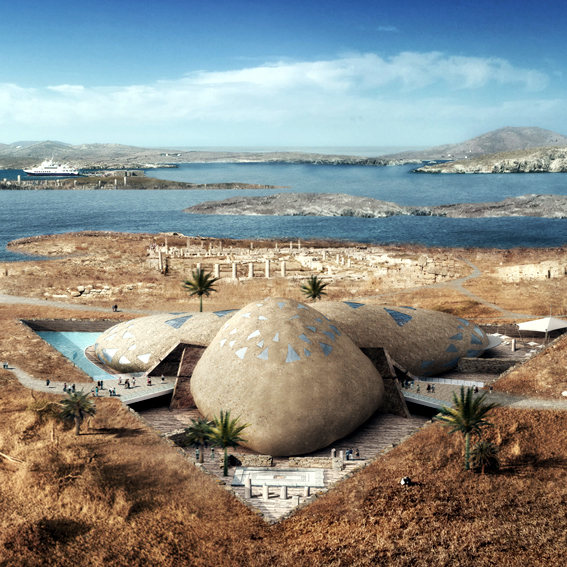 The New York-based architect known for his exciting works across the globe including the Capitol Music Theater in Frankfurt, the Luxor Palace in Dresden and the Brasserie La Lorraine, presented his designs for a new museum which would integrate elements of the surrounding environment. After thanking Mr Heim, Minister Baltas explained that all proposals for Delos – also an UNESCO World Heritage site – are evaluated by the Cyclades Ephorate of Antiquities.

Mr Tsilidis added that it was important to see the creation of major projects and accompanying infrastructure which promote culture and boost tourism.

The islet of Delos, near Mykonos in the midst of the Cyclades archipelago, is according to myth the birthplace of Apollo and Artemis and as such considered a holy sanctuary of great historical and archaeological importance.

Jean-Pierre HEIM and Associates has offices in New York, Paris, Mykonos and Shanghai.